A fatal shooting occurred in Garden City, near the Roosevelt Field Mall on Wednesday. The suspect's SUV has now been recovered. 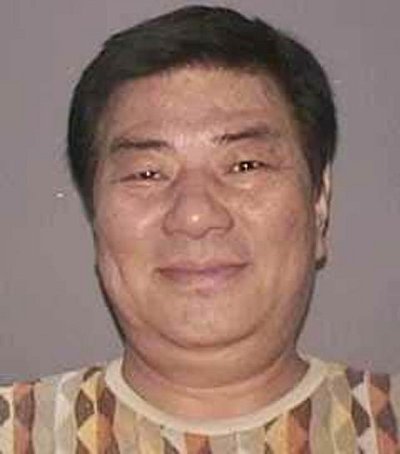 Update, 9/26/13 9:30 AM: The vehicle driven by Sang Ho Kim, a 2008 white Honda Pilot, has been found. It was abandoned in the Hudson Valley toward the northern portion of Philipstown, dozens of miles away from the incident near the Roosevelt Field Mall. ABC reports that local police discovered the SUV in Sandy Beach Park around 11:00 PM last night. Kim was not in the vehicle, and officers are presently searching the surrounding wooded area.

One of Kim's two victims has been identified as John Choi, the founder of Savenergy. Choi remains in critical condition at the Nassau University Medical Center.

“According to Detectives, an Asian male, armed with a handgun, entered Savenergy located at 645 South Street East Garden City.  He confronted the employees and began shooting, striking two male victims.  At that time the suspect fled the scene in a white colored SUV in an unknown direction.  One male victim has succumbed to his injuries and the second male victim is currently in surgery at a local hospital.

The suspect is identified as Sang Ho Kim, approximately 63 yrs., approximately 6’2”, last seen wearing a red shirt with a grey or brown suit jacket.  He fled the scene in a white Honda Pilot, NY registration FMA3648.  A photo of the suspect is available through the Public Information Office.

Detectives request anyone with information regarding this crime to contact Nassau County Crime Stoppers at 1-800-244-TIPS.  All callers will remain anonymous.”

Update, 2:30 PM An image of Sang Ho Kim has been released. According to authorities he is a vendor for the Savenergy lighting and energy efficiency company. He opened fire in the company's Garden City office, possibly over what he felt to have been a bad business deal. Police do not believe the incident to have been indicative of a "mass-shooting rampage," but advise those in the surrounding area to remain cautious as Sang Ho Kim is still on the loose and quite possible armed.

The Roosevelt Field Mall announced that Nassau County police have cleared the building to reopen:

Update: 1:50 PM: The office in which two people were shot was that of a light fixture company. The victim who died was an employee and the other, who may have been the company owner, has undergone surgery for his wounds.

Authorities say the shooter is a 6'2" Asian man in a red shirt with either a gray or brown jacket, named Sang Ho Kim. He is presumed dangerous,

Update, 1:10 PM: The shooter had been described as 6'2" and his car as a white Honda Pilot bearing the license plate FMA-3648. He is a former employee of the office where the shooting occurred. The suspect is still at large at this time, and the FBI is aiding in the investigation.

Update, 12:45 PM: Reports have come in referring to the suspect as an Asian male, approximately 60 years old, wearing a red shirt and brown suit jacket; he is believed to be from Flushing, Queens. The Roosevelt Field Mall issued a statement on its Facebook page confirming that the mall is in fact under lockdown:

“Per direction from Nassau County Police Department, Roosevelt Field is on lockdown and no shopper access is being permitted into the property doors at this time, due to an emergency off property in the nearby East Garden City. The mall has not been evacuated at this time. Stay tuned to Facebook and Twitter for updates.”

Garden City, NY - September 25, 2013 - Police are searching for a man after two people were shot in a building in East Garden City near the Roosevelt Field Mall around 10:00 AM. The suspect is described as wearing a gray suit, and fled the scene at South Street and Ring Road in a white SUV, possibly a Honda, heading towards the mall.

Several streets have been shutdown as police continue searching for the suspect. NBC reports that one of the two victims has died, and the condition of the survivor remains unknown.