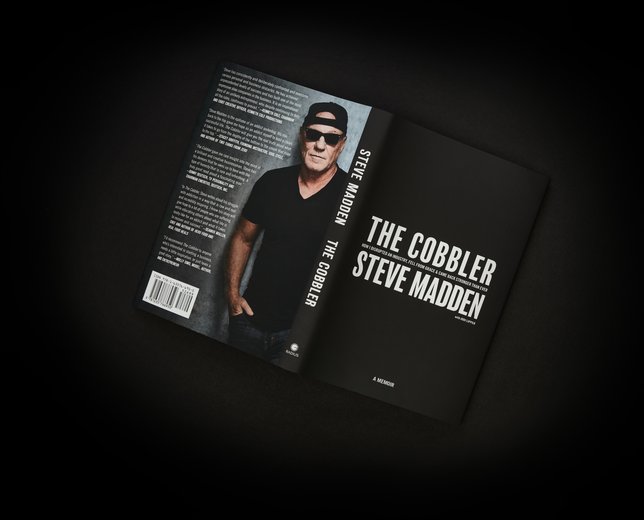 Sid Jacobson JCC announces its 2020-2021 Spotlight Speaker Series will begin Tuesday, October 20, 7:30pm with Steve Madden in conversation with Rosanna Scotto, as they virtually discuss his memoir The Cobbler.  The JCC will host three other writers throughout 2020 and 2021 as part of the virtual series including Bess Kalb, Cameron Douglas, and Alan Zweibel. Tickets for the full series and individual speakers are now on sale at sjjcc.org/culturalarts.

“We have four spotlight speakers sharing their life experiences with us,” says Elyse Ingber, Director of Performance + Visual Arts, Sid Jacobson JCC. “Each with their own interesting journey, and we are excited to hear from all of them, starting with Long Island’s own Steve Madden.”

Everyone knows Steve Madden’s name and his shoes, but few are familiar with his story. Madden is an entrepreneur, an award-winning designer, and a business titan. He is also a recovering addict and a devoted family man. Over the past thirty years, the provocative shoe designer built a booming brand and nearly lost it all to “The Wolf of Wall Street,” only to rebound by giving back and creating a global empire. In his new memoir, The Cobbler, Madden shares his experiences building his multi-billion dollar brand while being plagued by addiction, self-destruction, and an eventual diagnosis of ADHD.

Madden will be joined by Rosanna Scotto, co-host of Good Day New York. Scotto has won three Emmys for anchoring FOX 5 News at 10 and Good Day New York. She is the winner of the 1995 New York State Associated Press First Place Award for her report "New York Survival Guide" and also the winner of three other Associated Press First Place Awards, including two special Associated Press Award nominations. Born and raised in Brooklyn, Scotto lives in the New York area with her husband and their two children.

Tickets to the virtual event cost $20 and are now on sale at sjjcc.org/culturalarts. The first 50 registrants will receive a free gift bag. Copies of The Cobbler will be available at the JCC front desk for purchase for the insider price of $20.

The second Spotlight Speaker event will take place Thursday, December 3 with Bess Kalb, Emmy-nominated writer for Jimmy Kimmel as she discusses Nobody Will Tell You This But Me, her memoir of unforgettable heart-to-hearts, family secrets, and her signature wisdom. The Series will continue in 2021 with Cameron Douglas as he discusses his shocking and inspiring memoir Long Way Home on Tuesday, January 19 and concludes with the cultural memoir Laugh Lines, by Alan Zweibel, one of the first writers at Saturday Night Live, on Tuesday, March 17.

To purchase tickets or to read full descriptions of the authors and their books, visit sjjcc.org/culturalarts. For more information about the Spotlight Speaker Steve Madden virtual event, contact Elyse Ingber, Director of Visual + Performance Arts at 516.484.1545 ext. 144 or eingber@sjjcc.org.