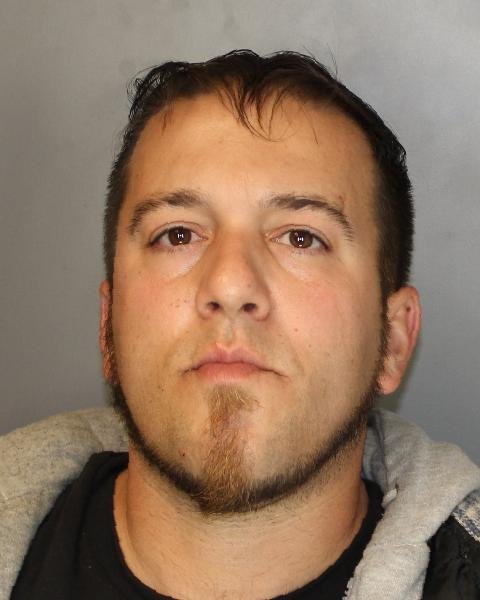 Selden, NY - September 24, 2014 - On 9/23/14, New York State Police Investigators from the Troop L Narcotics Enforcement Unit executed a search warrant at 4 Pontiac Road in Selden. Jeffrey Iarocci (pictured right), age 39, of 4 Pontiac Road in Selden and Michael Wehle (pictured below), age 42, of the same address, were arrested on drug charges.  It is believed that both men were distributing thousands of bags of heroin on a monthly basis in Suffolk County, importing the heroin from New York City.
State Police Investigators conducted surveillances at the residence and observed a high volume of drug activity.  Customers would drive to the residence and the drug/money exchange would take place either inside the house or in the driveway.  The defendants would also deliver to their customers as well, meeting at various locations throughout Suffolk County. Investigation also revealed that a 3 year-old child and her mother were living temporarily at the residence.  No charges were brought against the mother who retained custody of the child.
The defendants are facing the following charges: Criminal Possession of a Controlled Substance(CPCS) 3rd Degree (Heroin, B Felony), Criminal Sale of a Controlled Substance 3rd(Heroin, B Felony), CPCS 7th Degree(A Misd.), Loitering 1st Degree(B Misd.), Criminal Possession of Drug Paraphernalia 2nd Degree(A Misd.), Endangering the Welfare of a Child(A Misd.), and Unlawful Possession of Marihuana(Violation). Defendants were held for arraignment in Suffolk County First District Court.