A YouTuber went to taste and review the legendary pizza place. 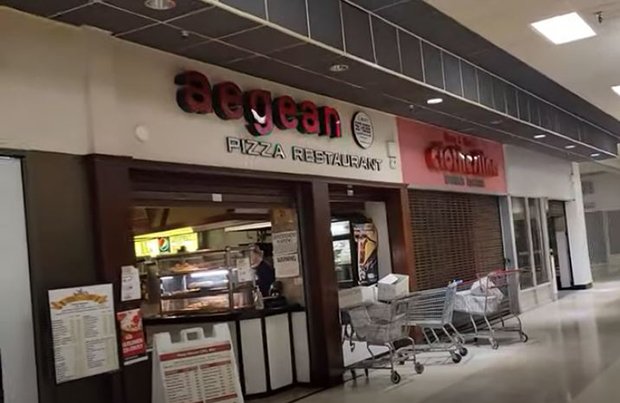 The SunVet Mall has become the butt of so many jokes in recent years as it has become a ghost town yet refuses to close its doors. It even has its own parody Twitter account.

It's also the place where many a GenXer spent their formative years hanging out in its halls. Aside from the clothes and record stores, the SunVet Mall had some amazing pizza.

The Aegean Restaurant, the pizza place inside the almost empty SunVet Mall in Holbrook, has been around since the early 1970s. Unlike most mall pizza places this is an authentic Long Island slice and not a chain. A YouTuber went to the SunVet Mall recently to seek out this legendary slice. Watch below for his review.