10 year-old Ian Palencia-Mendoza was attempting to cross the street to get to his school bus when he was struck and seriously injured by 81-year-old Pasquale Izzo, who allegedly disregarded the bus' flashing red lights ... 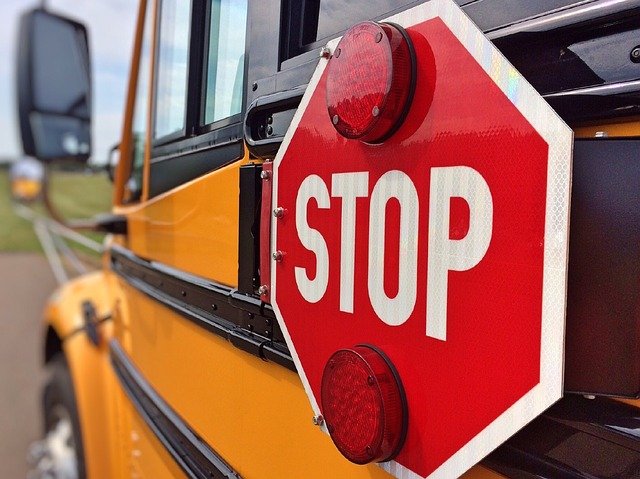 Kings Park, NY - September 22, 2017 - A week after a 10 year-old  Kings Park child was struck by an elderly motorist while attempting to cross the street to get to his waiting school bus, his parents – and the victim himself – are asking why charges have not yet been brought in the case, and have expressed their desire to see this occur to Suffolk County police.
On Friday, September 15 at approximately 7:54 am, Ian Palencia-Mendoza was attempting to cross the busy intersection of First Avenue and Carlson Avenue to get to his waiting Kings Park School District bus – which authorities have confirmed had its flashing red lights and stop sign fully engaged at the time – when he was struck by 81-year-old Pasquale Izzo, who was driving a 1998 Dodge Durango SUV at the time.
Palencia-Mendoza was transported by Suffolk County Police helicopter to Stony Brook University Hospital, where he spent five days in treatment for what authorities described as “serious but not life-threatening” injuries; Palencia-Mendoza was diagnosed with a broken femur and had a steel rod surgically inserted into his leg, and once recovered sufficiently must re-learn how to walk again. In the meantime, he is using a wheelchair to get around.
Izzo, also of Kings Park, was not injured, nor was he charged by responding police at the scene with any traffic violations or crimes; a week after the incident, the lack of charges is being questioned by both Palencia-Mendoza and his family, according to News 12.
“Every year the bus driver tells me it’s illegal if anyone tries to go when we’re picking up a child,” Palencia-Mendoza said while being interviewed. “It is illegal, and he should be facing a fine or an arrest…I don’t know. He should.”
According to New York State law, when a stopped school bus flashes its red lights, traffic that approaches from either direction - even in front of a school and in a school parking lots - must stop before it reaches the bus, with the minimum distance kept between a stopped vehicle and the bus in question being at least 20 feet, who interviewed the child at his home recently.
Penalties for passing a stopped school bus range from a minimum fine of $250 for a first violation to a maximum of $1,000 for three violations in three years. If a motorist is convicted of three of these violations in three years, their driver’s license will be revoked for a minimum of six months. Obviously, additional penalties are applied if a pedestrian is struck while a motorist illegally passes a school bus.
Izzo’s Dodge Durango was impounded for a safety check and the investigation is continuing, according to the Suffolk County Police Department, who issued the following statement in response to the current status of the situation and the concerns expressed by the victim and his family:
“This incident is still under investigation by police and the District Attorney’s office,” they said. “Oftentimes, in an open investigation involving a motor vehicle accident, summonses and charges, if any, are not issued until the investigation is completed.”
While not all of the details have emerged in this case yet, by all accounts motorists are required by law to stop for a school bus that has it’s flashing red lights engaged; that’s what traffic safety laws are in place for, and therefore there is little excuse for a driver striking a child crossing the street in such a circumstance. If school bus lights are flashing, you stop. Period.
But what do you think, reader? Is this a simple accident that should merely serve as a lesson learned and nothing else, or should the driver in this instance be charged with a violation or crime of some sort? If so, how severely do you believe he should be punished? Should the Suffolk County Police Department be quick to assign blame, or do you believe they are conducting a fair and just investigation in order to properly assess the situation and arrive at a fair conclusion for all involved?