After an employee of Old Brookville Nurseries called the police regarding a suspicious person on the property, police apprehended two men with four large bags of marijuana, but a police canine found much more at ... 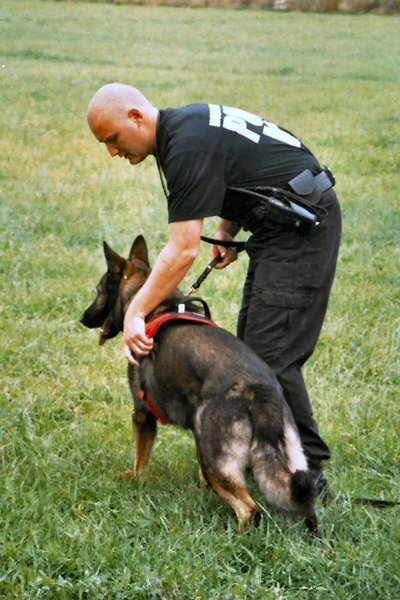 Nassau County and Old Brookville police departments uncovered an extensive marijuana farm late Friday night after receiving a call that a suspicious person was on the grounds of Old Brookville Nurseries on Northern Boulevard.

Two men from East Northport - Bryan Zembreski, 36, and Anthony Donarummo, 40 – were found in the woods with four large bags of pot.  They are being charged with first-degree criminal possession of marijuana, according to Syosset Patch.

When police found Zembreski and Donarummo in the woods, police believed the large bags to be full of marijuana. As they approached the men, Donarummo took off.  He was pursued by the K-9 unit, and a police canine named Thunder is no being credited with sniffing him out, as well as sniffing out much more.

After finding Donarummo, the K-9 unit canvassed the area, and Thunder uncovered what police are calling “extensive marijuana grow farm,” according to Patch.

The plants were between 12 and 15 feet tall, and were found on the property of Old Brookville Nurseries.  Police say that the property is very large, and that they believe that the nursery owner did not know about the marijuana operation.

Both men remain in custody, and are due back in court on Thursday.

The uncovering of the Old Brookville Nurseries pot farm comes just eight days after a Commack pot farm was busted in “Operation Green Thumb.”  Police watched the marijuana farm in a recharge basin until the opportune time to arrest its grower and owner, Mark Kern of Kings Park.  Over 100 plants between 7 to 10 feet in height were found at the site.