Customers of Bronx Restaurant Urged to Get Hepatitis Vaccine

Anyone who ate at the restaurant between September 7 and 19 may have been exposed to Hepatitis A. 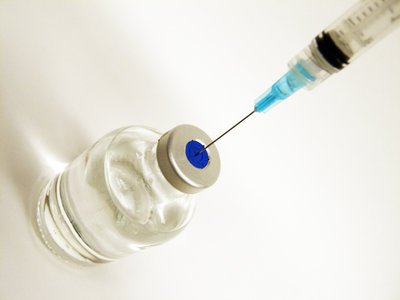 The New York City Health Department said that customers of the New Hawaii Sea restaurant in the Bronx may have been exposed to Hepatitis A. The department stated that anyone who ate food from the restaurant between September 7 and 19 should get a Hepatitis A vaccination as soon as possible.

An employee of the restaurant as well as four customers were infected with Hepatitis A. Any leftover food from the restaurant – which is located at 1475 Williamsbridge Road – should be discarded.

Symptoms of Hepatitis A can include jaundice (or yellowing of the eyes and skin), fatigue, abdominal pain, nausea and diarrhea. These symptoms usually develop about one month after exposure. Hepatitis A is spread through food handled by an infected person.

“If people experience symptoms, they should see a doctor immediately. This incident serves as an important reminder to always wash your hands thoroughly before handling food to prevent the spread of disease,” Health Commissioner Dr. Thomas Farley said in a report from CBS.

If you were exposed to the disease, getting a vaccination within 14 days can prevent it from occurring.

Vaccinations can be received from a doctor, but the Health Department is also offering vaccinations at the Herbert Lehman High School at 3000 East Tremont Avenue in the Bronx. Vaccines will be available on Saturday, September 21 and Sunday, September 22 from 2 p.m. to 8 p.m.

Pregnant women will not be treated. If you are pregnant and believe you may have been exposed to the virus, consult a doctor. You can receive updates on the vaccination clinic by texting HEPA to 877877.

Those that have already received at least two Hepatitis A vaccinations sometime in their life do not need another shot. All others should be treated.