In Zoie’s letter, she asked Kaminsky what he could do to cleanup the park and provide residents and wildlife alike with a cleaner, more enjoyable park. 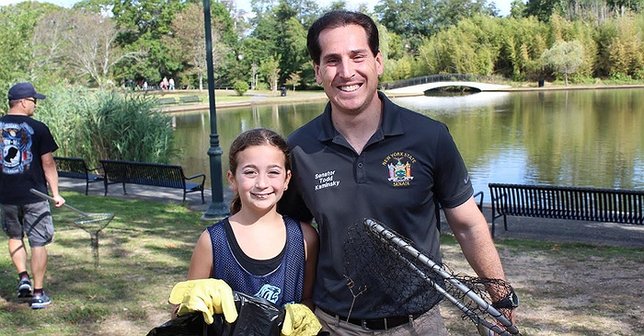 Baldwin, NY - September 19, 2016 - After walking through Silver Lake Park in Baldwin multiple times with her family, eleven-year old Zoie Napolitano, an Oceanside resident, was upset by all of the garbage in and around the lake.

“It wasn’t fair to the animals,” said Zoie.  “So I wrote a letter to Senator Todd Kaminsky because I needed to be the animals’ voice.”

In Zoie’s letter, she asked Kaminsky what he could do to cleanup the park and provide residents and wildlife alike with a cleaner, more enjoyable park.

“He actually responded to my letter, called me, and then organized a clean up.”

“When I received Zoie’s letter, I knew I had to act,” said Kaminsky.  “I was inspired by her deep concern for the park’s wildlife and told her that I would organize a community cleanup.”

Pictured: Zoie, Senator Kaminsky and the Baldwin and Oceanside communities joined forces for a community cleanup. 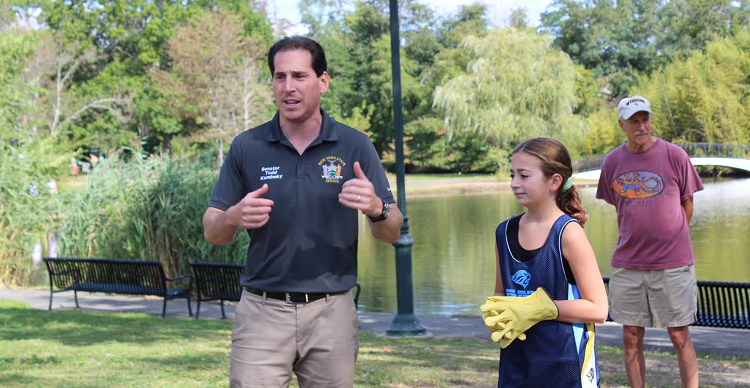 “The Baldwin and Oceanside communities rallied together today to make a difference in our community,” said Kaminsky.  “In just a few hours, we were able to cleanup the park.  Today proves that our young people can be a catalyst for big change.”

“Today was really special,” Zoie added. “It was nice to see people come together to help.  The park looked so much better when we finished.  I just wonder how we can keep it that way.  I want to thank Senator Kaminsky for taking an eleven year-old seriously.” 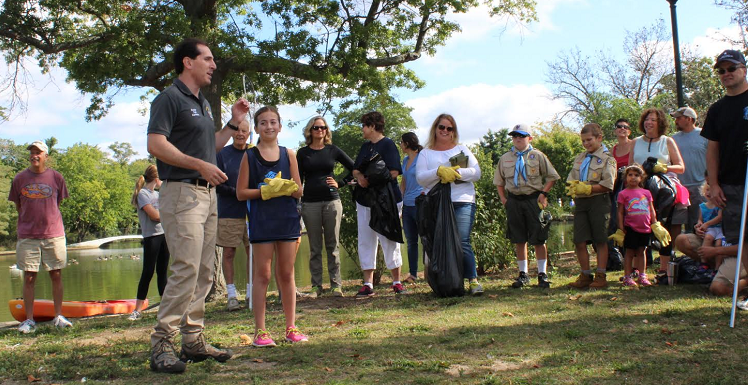 “It is an honor to work closely with our partners in government keeping Baldwin a thriving, revitalized community,” said Assemblyman Brian Curran. “We will always continue to do just that.”

“It is so heartening to see so many people from all different parts of our community come together for this cleanup, and I can’t wait for the next one,” said Legislator Laura Curran.

"Today, all different types of people from eight to eighty years old took time from a “day off” and showed how much we Long Islanders care about our environment," said Rob Weltner, President, Operation SPLASH.

"New York American Water was proud to partner with Senator Kaminsky and the Baldwin Community on a project that is important for the health of our environment," said President of New York American Water Brian Bruce. "Our employees are proud to volunteer within the communities they live to preserve our parks and waterways and safeguard our water supply."

“SUEZ is proud to once again work with Senator Kaminsky to keep our local waters clean.  He has showed continued dedication to the cause and his leadership is a benefit to the community,” said Michael Martino, Communications and Community Relations Manager at SUEZ.

“I was thrilled to see such a huge turnout,” said Rita Cavanaugh, head of Baldwin Civic Association.  “It was a gorgeous day with folks determined to get every last piece of litter even if the litter was deep in the brush. I even saw Senator Kaminsky using a net to fish out debris from the lake.  My husband John Cochrane brought along his wading pants just in case he needed to get a shopping cart but thankfully he didn't have to.  It was also great to chit chat with people who are all united in wanting to improve the quality of life in Baldwin and surrounding areas.  And the kayakers were fun to watch! The Baldwin Civic Association is hoping to have Baldwin become part of the South Shore Blueway trail so more people can enjoying the waters surrounding our hamlet.”

“It’s an honor for Gala Fresh Farms to participate in this community cleanup effort,” said Jenny Jorge, owner.  “As a family owned business, we take pride in playing an active role in our community and serving in any way we can.  We are grateful to all that listened to the suggestions of one of our local children and made this initiative a reality.”

“Gabrielle and I were very happy to be a part of the cleanup,” said Michael Fehling, co-owner of Empire Kayaks.  “We have noticed over the years at Empire Kayaks that people take the initiative on their own to pick up litter while they're on the water or at a park because they realize how beautiful and important these resources are and want to keep them beautiful for now and for future generations.” 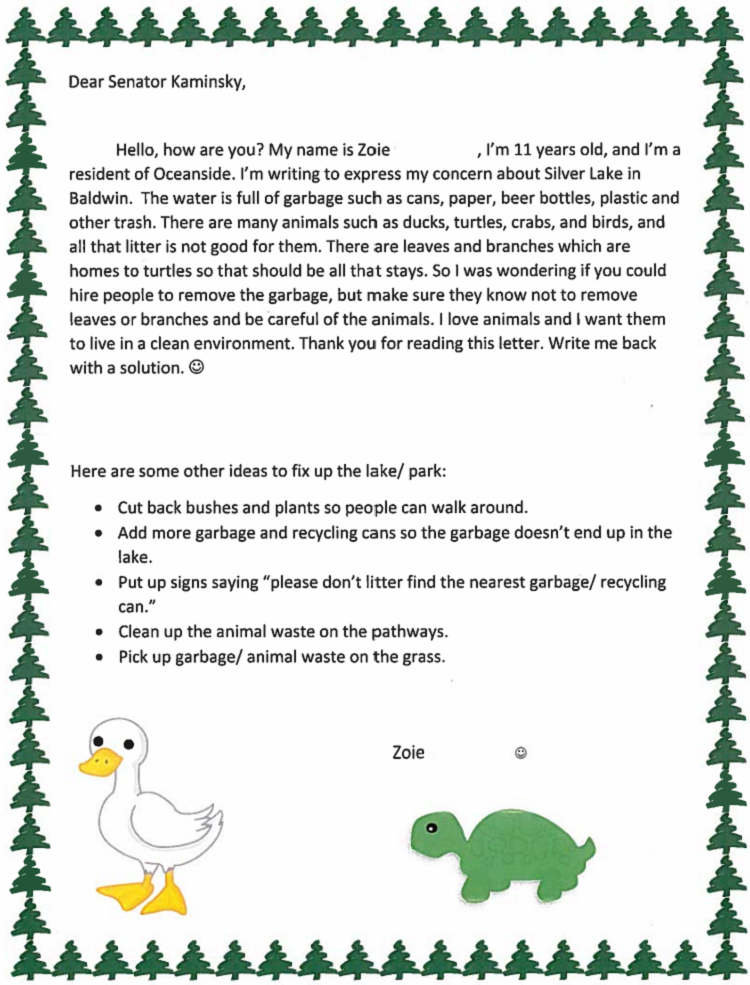 Pictured above is Zoie's letter to Senator Kaminsky.