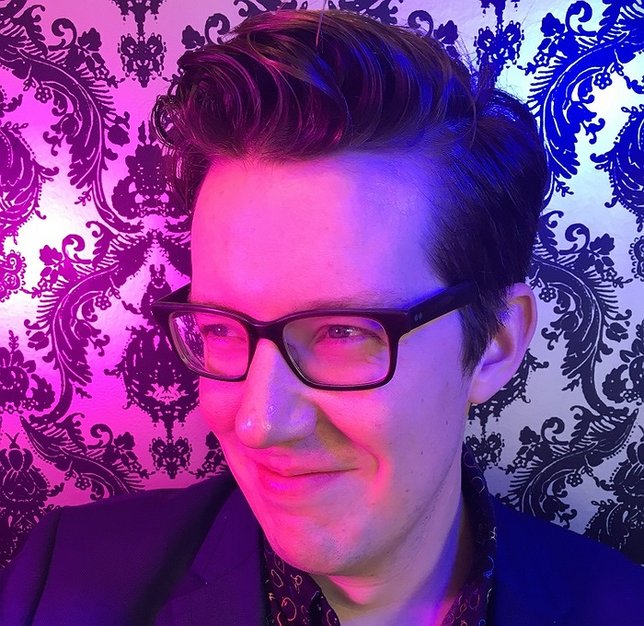 The Larson Legacy Concert Series carries on the legacy of the creator of the Pulitzer Prize-winning musical RENT and Adelphi alumnus Jonathan Larson, by showcasing the next generation of musical theatre composers and lyricists.

Sam Salmond is a Brooklyn-based composer, lyricist and bookwriter. He’s currently writing music and lyrics for an adaptation of Eighty-Sixed, the novel by humorist and AIDS activist, David Feinberg. The show recently had a developmental reading at Second Stage Theatre. He’s the creator of Uncool: the Party, an immersive night of rock n’ roll, games, stories and dancing, which was workshopped at CAP21 and Musical Theatre Factory. His musical Mother, Me and the Monsters was produced at Barrington Stage. He wrote book and lyrics for Cage Match, produced at Prospect Theater, and contributed songs to Shakina Nayfack’s One Woman Show and Post-Op, produced at Palo Alto Theatreworks and The Wild Project. Sam’s work has been featured at Lincoln Center, Ars Nova, Symphony Space, Joe’s Pub, 54 Below, Two Rivers Theater and all around the country.

The Larson Legacy Concert Series carries on the legacy of the creator of the Pulitzer Prize-winning musical RENT and Adelphi alumnus Jonathan Larson, by showcasing the next generation of musical theatre composers and lyricists.

The Jonathan Larson Grants, given annually to honor emerging composers, lyricists, and book writers, are given to artists to recognize and showcase their work with no strings attached, except to put it to the best use possible to help further the artists' creative endeavors.

Adelphi University Performing Arts Center (AUPAC) is one of Long Island’s premier cultural arts venues for entertainment of all kinds. Tickets are currently on sale and are priced at $25, with discounts available to seniors, students and alumni. Information is available at The Lucia and Steven N. Fischer Box Office at (516) 877-4000 or email. Regular box office hours are Tuesday through Friday from 1:00-6:00 p.m. The box office is also open two hours before most scheduled performances.