One of the world’s largest coffee chains is now asking patrons not to bring firearms into its stores. 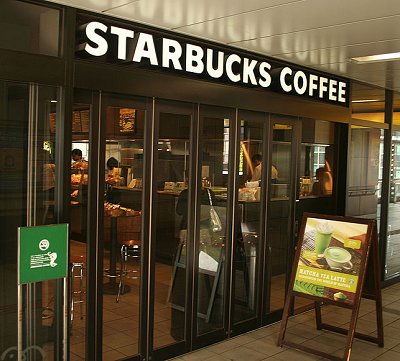 Seattle, WA – September 18, 2013 – Throughout its decades-long history, the country’s largest purveyor of bold and specialty coffees has followed the lead of local governments on the subject of gun control. Where strict gun legislation is in place, Starbucks does not permit the carry of firearms into its stores; in jurisdictions where open carry is permitted, the coffee house has no qualms with patrons having guns on them. It is not a particularly daring stance, but one commonly taken by large businesses to provide an inoffensive air of neutrality on controversial subjects.

Last night, however, the chain took the spotlight when chairman and CEO Howard Schultz issued a request that gun owners no longer bring their weapons into Starbucks stores or outdoor seating areas. The decision came down as an extension of the company’s desire to provide locations where people can “enjoy the peace and pleasure of coffee and community” in a friendly “third place” between work and home.

“Our values have always centered on building community rather than dividing people, and our stores exist to give every customer a safe and comfortable respite from the concerns of daily life,” said Schultz.

The company now feels, however, that permitting guns on its premises undermines that goal, as the debate surrounding gun control has become progressively more uncivil and, according to Schultz, even threatening at times.

“Pro-gun activists have used our stores as a political stage for media events misleadingly called ‘Starbucks Appreciation Days’ that disingenuously portray Starbucks as a champion of ‘open carry.’ To be clear: we do not want these events in our stores. Some anti-gun activists have also played a role in ratcheting up the rhetoric and friction, including soliciting and confronting our customers and partners.”

One of the “Starbucks Appreciation Days” referred to by Schultz was held in Newtown, Connecticut, near the sight of the Sandy Hook Elementary School shooting, forcing the coffee chain unexpectedly and, according to the CEO’s statements, unwillingly into the center of the gun control argument. Schultz noted that his company “believe[s] the legislative and policy-making process is the proper arena for this debate, not our stores.”

Despite the request, however, Schultz insists that Starbucks is simply trying to foster a safe and comfortable environment for as many customers as it can, not taking a hardline stance against open carry. The statement made by the coffeehouse’s chairman was a direct request to patrons and not an outright ban on firearms. Schultz elected not to enforce a strict anti-gun policy “because we want to give responsible gun owners the chance to respect our request—and also because enforcing a ban would potentially require our partners to confront armed customers, and that is not a role I am comfortable asking Starbucks partners to take on.”