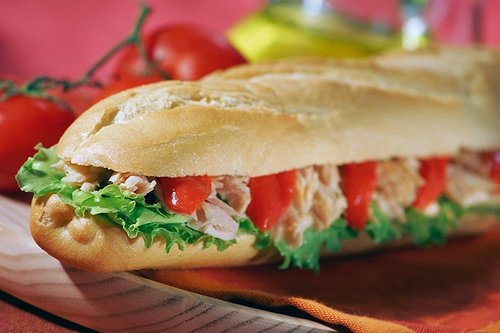 North Babylon, NY - September 17th, 2015 - Suffolk County Police have arrested a man for robbing multiple fast food restaurants, twice while armed, earlier this year.
On May 26 at approximately 8:30 p.m., a man entered the Quiznos sandwich shop, located at 1675 Sunrise Highway, Bay Shore, and demanded money from an employee. On July 24, at approximately 8:35 p.m., the same man robbed the Subway sandwich shop located on 876 Connetquot Ave., in Islip Terrace. Approximately a half an hour later, the man robbed another Subway sandwich shop, located at 1714 Veterans Memorial Highway, Islandia, at approximately 9:05 p.m. In both of the Subway robberies, the man displayed a gun.
After a thorough investigation, detectives from the Third, Fourth, and Seventh Precincts, along with Robbery Task Force detectives, identified the suspect as Michael Burwell, 24, of North Babylon.
Police arrested Burwell in front of 409 Wyandanch Ave., North Babylon on September 15 at approximately 2:30 p.m. After being taken into custody, Burwell attempted to flee and resisted arrest.
Burwell was charged with two counts of Robbery 1st Degree, Robbery 3rd Degree, Resisting Arrest, and Escape 2nd Degree.
Burwell is being held overnight at the Third Precinct and is scheduled to be arraigned at First District Court in Central Islip on September 17.
A criminal charge is an accusation. A defendant is presumed innocent until and unless proven guilty.