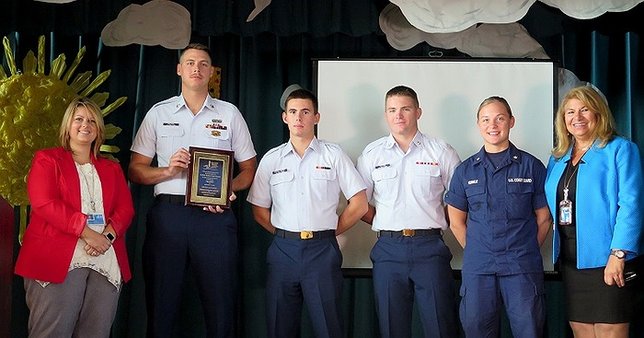 Oakdale, NY - September 16, 2016 - On Monday, September 12, four members of the U.S. Coast Guard visited Premm Learning Center to participate in a ceremony that celebrated their branch of the military’s heroic, and largely unknown, rescue operation of approximately half a million civilians from lower Manhattan on September 11, 2001. Premm Learning Center (PLC) is an Eastern Suffolk BOCES school that provides special education services to students between the ages of five and 21. 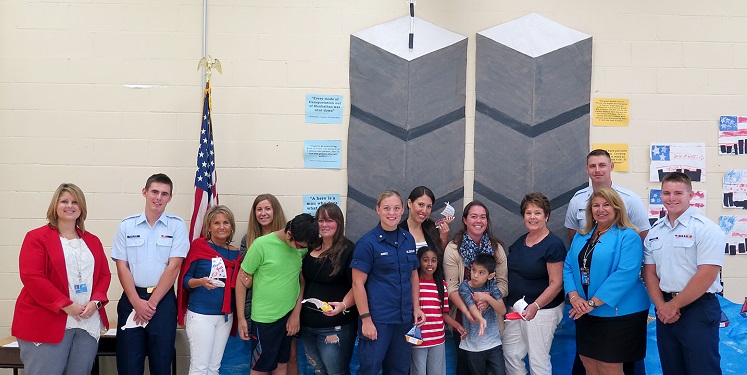 Most people are not aware that immediately after the attacks on September 11, the Coast Guard put out an “All Call” to any ship in the area of lower Manhattan to aid in the rescue of the thousands of people trapped downtown. There are a limited number of ways to leave Manhattan, which is an island. Terrified, possibly injured, and not knowing if the area was safe or would be subject to additional attacks, hundreds of thousands of people in the area surrounding the World Trade Complex needed to exit Manhattan. More than 150 boats answered the call and evacuated 500,000 people in nine hours – the largest maritime rescue to this day. (This enormous effort was bigger than the evacuation of Dunkirk, France, where more than 300,000 Allied soldiers were rescued by sea over nine days in 1940.) 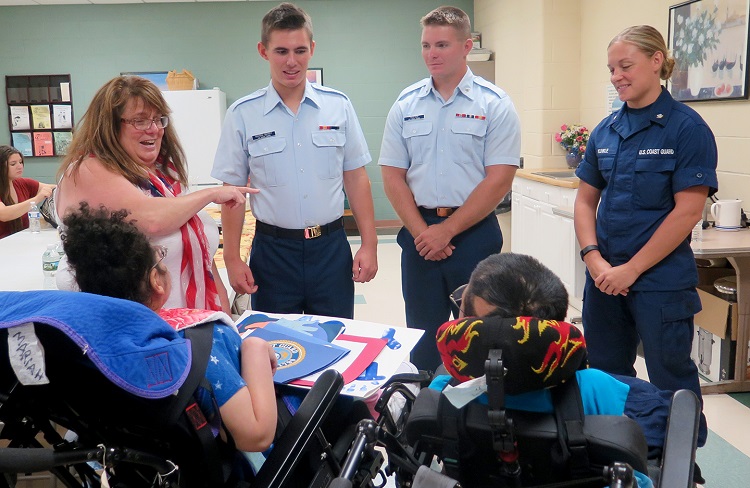 During the ceremony, students, staff, and the Coast Guard members watched the eight-minute documentary, “Boatlift 9/11.” Narrated by Tom Hanks, this movie details the evacuation from the perspective of the participating Coast Guard and civilian ship personnel. The four Coast Guards who attended the event are stationed at Montauk and Coram, but accepted the plaque from the school on behalf of the entire branch. 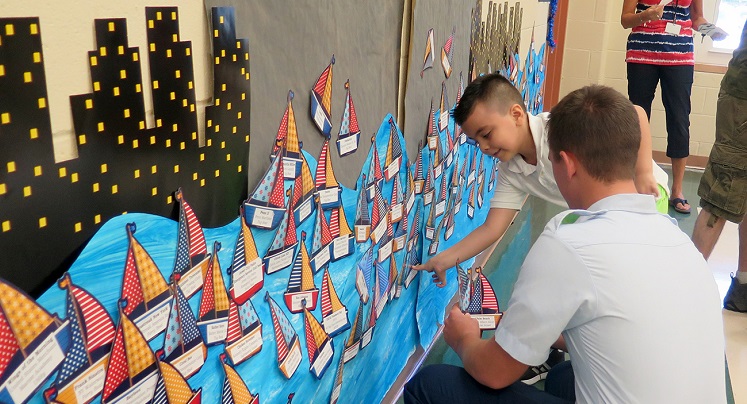 They met and interacted with many of the students, received homemade personalized cards, and helped the students tape 151 cardboard boats to a wall-sized mural. Each boat featured one name for every vessel that participated in the evacuation. Next, they watched the students sail wooden boats in inflatable pools. 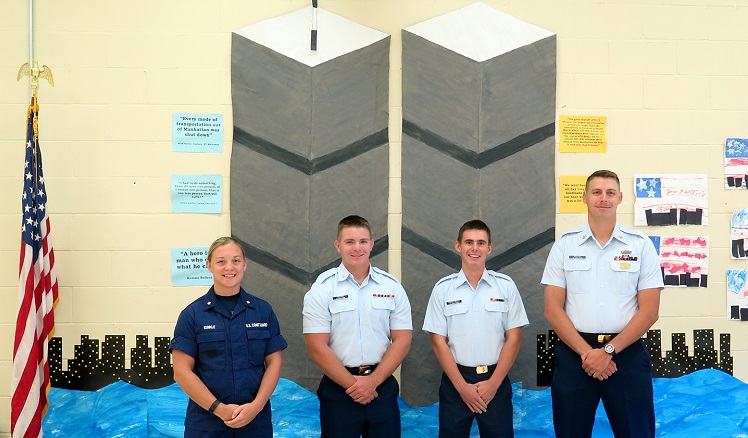 Said Carolynn Hansen, principal of Premm, “It was important for us to plan a special ceremony to commemorate the 15th anniversary of September 11th that not only honored the day, but was meaningful for our students. We chose to dedicate the ceremony to the United States Coast Guard who led the call to duty during this maritime evacuation. Their resilience in the face of this tragedy was inspiring and deserving of proper recognition. The students learned firsthand that the Coast Guard works as community helpers along our nation’s shores.”