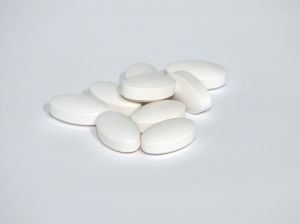 New York, NY - September 16, 2014 - Attorney General Eric T. Schneiderman today announced an antitrust lawsuit seeking to prevent pharmaceutical manufacturer Actavis plc and its New-York based subsidiary Forest Laboratories from forcing Alzheimer’s patients to switch medications as part of an anti-competitive strategy designed to maintain high drug prices. This maneuver would needlessly disrupt patient treatment and restrict patient choice just to protect corporate profits.
Actavis has announced a plan to withdraw its Alzheimer’s drug Namenda from the market. Namenda is protected by a patent that will expire shortly and the company will thus face competition from generic drug makers.  Instead of facing that competition, Actavis plans to force patients to switch unnecessarily to a very similar drug with a longer patent. Once patients switch to the new drug, Namenda XR, it’s likely that they will remain on that medication even after the Namenda generics hit the market due to the practical difficulties of switching back, thus allowing Actavis to insulate its profits from competition.
“A drug company manipulating vulnerable patients and forcing physicians to alter treatment plans unnecessarily simply to protect corporate profits is unethical and illegal,” said Attorney General Schneiderman. “Unfortunately, schemes to block competition, without considering the consequences to patients, are a growing trend in the health care industry. By standing up to Actavis, we’re sending a clear message to all pharmaceutical companies: Prioritizing profits over patients’ rights will not be tolerated.”
Since 2004, Forest has made billions of dollars as the exclusive seller of the patented drug Namenda.  But by July, 2015, that patent will expire, allowing generic versions of Namenda to hit the market at drastically lower prices. To block competition from generics and protect its bottom line, Actavis and Forest intend to pull Namenda off the market early, forcing patients to switch to another of their drugs, Namenda XR, on which they hold the patent for several years to come.
Actavis is relying on the fact that it would be difficult for patients who switch to Namenda XR to switch drugs again once generics becomes available. Normally, state substitution laws allow pharmacists to dispense generics without being forced to obtain physician approval; this allows generic drugs to compete effectively. But even though Namenda and Namenda XR have the same active ingredient, pharmacists will not be allowed to offer generic Namenda to patients taking Namenda XR; a doctor’s approval would be required to make that switch. This means that most Alzheimer’s patients and their families will end up paying for the higher-priced drug, even when the generic version is the doctor-recommended and cost-effective choice.
As alleged in the lawsuit, Actavis’ stated reason for the switch – that Namenda XR is a superior drug simply because it can be taken once a day instead of twice – rings hollow. If that were the true reason for the switch, Actavis could simply give patients a choice rather than imposing this forced switch. The real reason is that Actavis knows that its profits will take a hit once the Namenda patent expires, and is seeking to blunt the financial impact. On an earnings call earlier this year, Forest’s CEO, Brenton Saunders, acknowledged this, saying: “If we do the hard switch … it’s very difficult for the generics.” He added, “It is an obstacle that will allow us to … go into a slow decline versus a complete cliff.”
The lawsuit alleges that, by forcing patients to switch to Namenda XR, Actavis is gaming the regulatory system that governs pharmaceuticals and violating antitrust laws designed to encourage competition and keep prices down for consumers. Generic drugs typically succeed by offering pharmacies lower prices to encourage them to dispense the generics instead of the more expensive name-brands. Patients benefit from this when they are able to obtain equivalent generic medication at far lower cost.  Actavis’s actions will undermine generics’ ability to compete and, worse still, accomplish this goal by eliminating patient choice and manipulating the treatment plans for these vulnerable patients.
The Attorney General’s complaint was filed in the United States District Court for the Southern District of New York on September 15.
This matter is being led by Antitrust Bureau Chief Eric J. Stock, Senior Enforcement Counsel Elinor R. Hoffmann, Assistant Attorneys General Saami Zain, Zachary W. Biesanz, and Joseph Antel, and Executive Deputy Attorney General for Economic Justice Karla G. Sanchez.
Photo by Ali Taylor via Free Images.