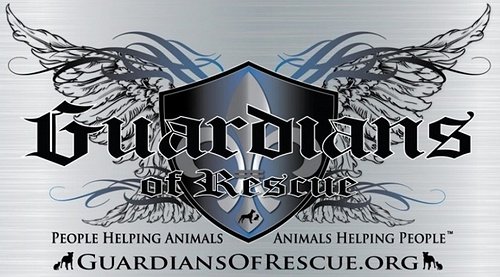 Smithtown, NY - September 16, 2014 - According to the United States Air Force Personnel Center, there are approximately 325,000 people on active duty and 260,000 enlisted men and women in the U.S. Air Force. Jason Sexton served in the Air Force as a Senior Airman and was one of those servicemen who struggled to cope with day-to-day life after returning from a tour in Iraq. On Friday, September 19th, 2014, Guardians of Rescue will be uniting Sexton and Jet, a service dog trained specifically for his needs, in Long Island, New York.
“At Guardians of Rescue, we started a paws of war program putting trained service dogs with veterans to ease their return home from Iraq and Afghanistan,” affirms Robert Misseri, founder and president of Guardians of Rescue. “We’ve seen amazing results. When Jason reached out to us, we did everything we could to facilitate this union.”
On the Guardians of Rescue website, Sexton saw a photo of Jet, a lab mix rescued out of a town shelter and fell in love immediately. Sexton reached out to Guardians of Rescue, who put Jet in service dog training for his specific needs.
On Friday, September 19th, 2014 at 11 a.m. EST, Sexton and Jet will finally be united. Sexton is flying from his home in Tacoma, Washington to Long Island, where Guardians of Rescue headquarters are located.
“Sexton will go through a series of classes about service dogs and training, then he will fly back to Washington with Jet,” affirms Misseri. “I think the presence of Jet will ease his struggle with acclimating to day-to-day activities and Jet will have a safe, happy home. It’s a happy ending for everyone.”
Guardians of Rescue provides assistance to animals out on the streets, helping to rescue them, provide medical care, food and shelter, and find foster home placement. Many families are still struggling to recover from the storm, making it difficult to care for their pet, either financially or while living in temporary housing. To learn more, or to make a donation to support the Guardians of Rescue, log onto guardiansofrescue.org.
About Guardians of Rescue
Based in New York, Guardians of Rescue is an international organization whose mission is to protect the well being of all animals. They provide aid to animals in distress, including facilitating foster programs, rehabilitation, assisting other rescue groups, and providing support to families, both military and not, who need assistance due to economic factors.