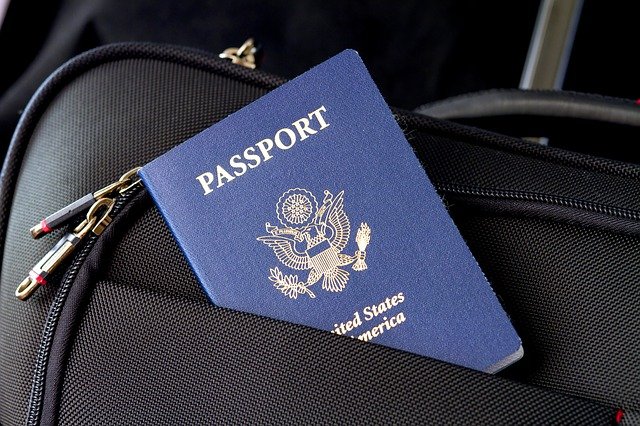 Albany, NY - September 15, 2017 - Governor Andrew M. Cuomo today issued Executive Order 170 that prohibits state agencies and officers from inquiring about or disclosing an individual's immigration status unless required by law or necessary to determine eligibility for a benefit or service. Law enforcement officers will also be prohibited from inquiring about immigration status unless investigating illegal criminal activity. This prohibition against inquiring into status includes, but is not limited to, when an individual approaches a law enforcement officer seeking assistance, is the victim of a crime, or is witness to a crime.
"As Washington squabbles over rolling back sensible immigration policy, we are taking action to help protect all New Yorkers from unwarranted targeting by government," Governor Cuomo said. "New York became the Empire State due to the contributions of immigrants from every corner of the globe and we will not let the politics of fear and intimidation divide us."
The Executive Order builds on Governor Cuomo's commitment to ensure full protections for all immigrants in New York. In March, Governor Cuomo launched the Liberty Defense Project, the nation's first public-private immigrant legal defense initiative, to respond to the surge in demand for help that is overwhelming nonprofit organizations serving immigrants. The partnership is supported by more than $10 million in funding to offer legal assistance and representation to immigrants in New York, regardless of their status, through a statewide network of attorneys and advocacy organizations.
Protecting New York's Immigrants
New York State has and continues to serve as a beacon for immigrants.  For the past five years, New York State, through the Office for New Americans, has helped immigrants fully participate in New York State civic and economic life through a network of 27 community-based centers around the state that provide English classes, civic education, guidance on how to start / grow a business, and naturalization assistance. ONA also has a hotline, a toll-free, multi-lingual information center, as well as a dedicated website that guides New Americans to available resources. The hotline number is 800-566-7636 (operating 9AM-8PM (ET), Monday through Friday) and the website is www.newamericans.ny.gov.
Since taking office, the Governor has taken aggressive steps to provide assistance to immigrant communities. In 2011, he signed a wide-reaching Executive Order to ensure language access across state agencies, suspended the State's participation in a federal program that required local law enforcement to help identify deportable individuals, signed legislation holding entities that defraud immigrants accountable, and established the Office for New Americans. He launched NaturalizeNY, the first public-private partnership of its kind to encourage and assist eligible immigrants in New York State with becoming U.S. citizens. As Attorney General, Governor Cuomo also worked to combat immigration fraud, having utilized general civil rights laws to successfully investigate and prosecute companies for defrauding immigrants. He also secured court judgments and settlements in excess of $23 million dollars on behalf of the state's immigrant population.
The signed executive order can be viewed here, and its text is available below:
No. 170
EXECUTIVE ORDER
STATE POLICY CONCERNING IMMIGRANT ACCESS TO STATE SERVICES
WHEREAS, New York State will remain true to the ideals that founded this country, and will continue to welcome immigrants as a source of energy, and celebrate them as a source of revitalization for our State; and
WHEREAS, New York State's residents make up one of the nation's most diverse communities, as over 4.3 million immigrants reside within the State and over twenty percent of the State's population is foreign-born; and
WHEREAS, immigrants residing in New York State are an essential part of the economic fabric of this State, as over 29% of all business owners in New York are foreign-born, such businesses generate millions of dollars in total net income, and the combined purchasing power of immigrant communities exceeds $165 billion dollars; and
WHEREAS, the reporting of unlawful activity by immigrant witnesses and victims is critical to strengthening ties between immigrants and law enforcement, reducing crime, and enhancing the State's ability to protect the safety of all of its residents; and
WHEREAS, the New York State Constitution and the New York State Human Rights Law protect individuals from discrimination on the basis of national origin in the areas of education, benefits, employment, housing, and public accommodation, and the State is committed to enforcing those protections to the fullest extent of the law; and
WHEREAS, State government has a responsibility to ensure that services are provided equally, and consistent with civil rights laws, to all individuals eligible to receive them; and
WHEREAS, access to State services is critical to the vitality and well-being of immigrant communities and their continued integration into the State's economic, civil, and cultural life; and
WHEREAS, providing State services to immigrant communities is necessary to meet the needs of the State's diverse population, to maintain public confidence in State government and its agencies, and to comply with State and Federal civil rights laws; and
NOW, THEREFORE, I, ANDREW M. CUOMO, Governor of the State of New York, by virtue of the authority vested in me by the Constitution and laws of the State of New York, do hereby order as follows:
Definitions
Agency and Authority Responsibilities Respecting the Privacy of Personal Information
GIVEN under my hand and the Privy Seal of the State in the City of Albany this fifteenth day of September in the year two thousand seventeen.
BY THE GOVERNOR
Secretary to the Governor