R train service between Brooklyn and Manhattan restored ahead of schedule and under budget rebuilt tunnel will better withstand future storms. 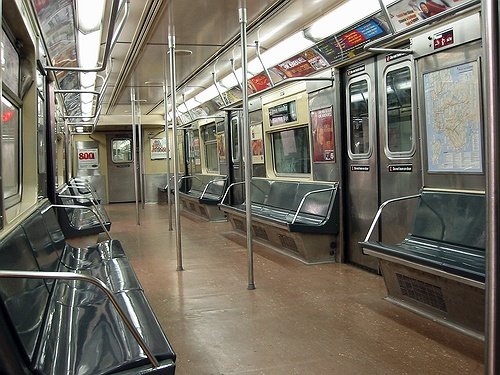 The $250 million project was completed ahead of schedule and under budget, during an unprecedented full shutdown of the Montague Tube subway tunnel under the East River. An estimated 27 million gallons of water poured into a 4,000-foot stretch of the tunnel during Sandy, which corroded every element of subway infrastructure from electronic signal equipment to tunnel lighting to the steel rails themselves.

“Superstorm Sandy brought incredible destruction down on the New York City subway system – but today we’re taking another huge step forward to repair the damage and strengthen the system to withstand the next major storm,” Governor Cuomo said. “This tunnel is safer, stronger and more resilient than ever before, and everything on this section of the R train is new – new rails, new signals, new pumps and new power supplies. We’ve made it a top priority to reimagine our state to withstand the new reality of extreme weather, and today is another example of how that approach is making this a safer state for all.”

MTA Chairman and CEO Thomas F. Prendergast said, “New York’s transit network suffered more damage during Sandy than anyone at the MTA has ever seen in our lifetimes. The effort required to rebuild the Montague Tube was nothing short of heroic. It took more than a year of round-the-clock reconstruction in difficult conditions, but we have restored the R train with a smoother and more reliable ride in a tunnel built to handle future climate risks. We are grateful to the Federal Transit Administration for funding this project as well as to the workers whose efforts made it happen. And of course, I want to thank Governor Cuomo for his leadership in making the MTA and New York stronger, and our customers for their patience while we rebuilt this tunnel from the ground up.”

The Montague Tube was shut down Aug. 3, 2013 to allow workers unfettered access to remove damaged equipment from the two tunnels and demolish concrete and terra cotta duct banks in both tubes that had collapsed. Construction crews had to enter the 4,000-foot section under the East River from entry points in Manhattan and Brooklyn, removing all debris and bringing in all equipment and tools through the tunnels themselves. Crews replaced 11,000 feet of track, 30,000 feet of concrete and terra cotta duct banks, 75,000 feet of power cable and 200,000 feet of communications cable.

Federal Transit Administration Acting Administrator Therese McMillan said, “I want to thank all the hard-working men and women of the New York MTA for their steadfast support as we aid in New York’s full recovery from one of the worst storm’s in the region’s history. The funds we awarded MTA after Superstorm Sandy have gone a long way to repair and rebuild their infrastructure. We are proud to be able to tell New Yorkers that today, we’re giving them back a vital piece of their system – and it’s stronger than before.”

MTA Fix & Fortify engineers designed the tunnel repairs with a variety of new strategies to limit the impact of any flooding from future storms, including:

The successful reopening of the Montague Tube is the second accomplishment in recent weeks of the MTA’s Fix & Fortify program, which is rebuilding an infrastructure network that suffered billions of dollars’ worth of damage from Sandy while also making it more resilient against future storms. The Greenpoint Tube, which carries the G train under the Newtown Creek between Brooklyn and Queens, reopened after a first-ever five-week shutdown to recover from flood damage as well.