“The decision to accept the settlement, skillfully negotiated by the Town’s attorneys, was supported overwhelmingly by the Town Board," Lupinacci said. 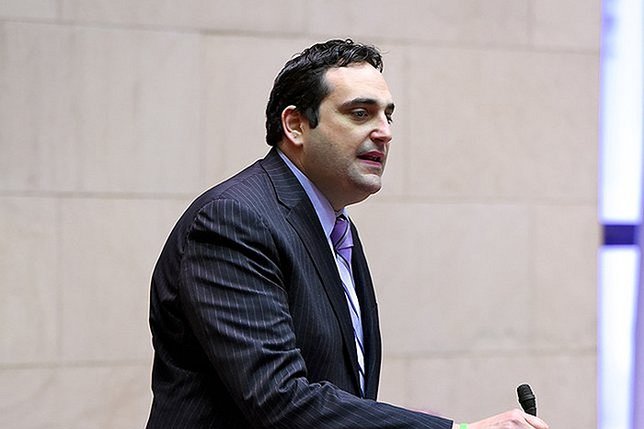 Huntington Town Supervisor Chad A. Lupinacci released a statement on the one-year anniversary of the LIPA settlement vote.
“Today is the one-year anniversary of one of the greatest milestones in the history of the Town of Huntington. September 3, 2020 was the day four out of five members of the Town Board acted in bipartisan support and protection of the financial solvency of the Town and all of our residents, accepting the final negotiated settlement offer on the LIPA lawsuit, which had challenged the property taxes on the Northport Power Plant every year for ten years in a row.
“Now that a year has passed and the dust has settled on the frivolous lawsuits promising taxpayers and residents what would have amounted to fool’s gold, let’s take an objective look at the settlement and what it means for all of us.
“The decision to accept the settlement, skillfully negotiated by the Town’s attorneys, was supported overwhelmingly by the Town Board and the Northport-East Northport School District. It protected property values townwide, held the line on property taxes, and eliminated the threat of a catastrophic 5-figure tax payment that would have been owed to LIPA by every property owner in the Town if we had lost in court. The settlement also gradually implements the reduction of LIPA's tax assessment over seven years to reduce its impact and offered the affected school district the best chance it had to maintain a high-quality education for their students as they faced a significant loss to their tax base.
“While the dire consequences of a real and likely adverse court judgment threatened the very existence of our Town, one of my colleagues cooked up a scheme and a new lawsuit, capitalizing on fear and emotion to win political points, and led a good portion of our community across a bridge to nowhere with snake oil while putting the financial solvency of our Town at further risk. This resulted in confusion, thousands of wasted tax dollars (as if the Town hadn’t paid enough in ten years of litigation), and intensified the threat of a courtroom loss because it made the Town appear as if we weren’t negotiating in good faith.
“When issuing her decision to dismiss this frivolous cooked-up case, the judge – the same judge who would have decided the tax certiorari case if we hadn’t settled it out of court – made her displeasure clear admonishing those who brought it: “Moreover, considering this matter as whole, it appears that the plaintiff’s focus is on undoing the settlement and winning a political battle rather than on the integrity of the contract-approval process.”
“Real leadership involves making difficult decisions. The Town Board has a responsibility to the Town and its citizens to not let impulse and anger drive us over a cliff. An adverse court judgment would have devastated the entire Town of Huntington. This doomsday scenario isn’t just conjecture and speculation; it had already happened. Rockland County and the North Rockland Central School District were devastated by the consequences of not settling. The Town of Huntington could not afford to become the next Rockland County, and that is exactly what would have happened, only worse if we clung to false hopes, fool’s gold and bridges to nowhere.
“LIPA would have been owed ten years of back tax refund payments of nearly $825 million paid by all taxpayers in the Town – these payments would have averaged five figures for homeowners and as many as six figures for commercial property owners; that threat is now off the table thanks to the settlement.
“Taxes would have spiked suddenly in the thousands of dollars for residents in the Northport-East Northport School District and hundreds of dollars for residents in the remainder of the Town; the settlement reduces that increase to a fraction of what we were facing.
“The Northport-East Northport School District, being host to the Northport Power Plant, would have had to make cuts to valued programs and conduct unimaginable employee layoffs; with the settlement, LIPA is making $14.5 million in additional payments to the Northport-East Northport School District, which will help maintain educational programs and reduce the impact on the affected Northport-East Northport tax base.
“LIPA is also making $3 million in additional payments to the Town of Huntington thanks to terms negotiated in the settlement; the combined $17.5 million in additional payments is an enormous feat, as LIPA has never offered additional funds beyond annual tax contributions in any litigation with a municipality.
“Under the deal that was accepted, taxes on the power plant are being reduced gradually over seven years, rather than in one fell swoop. There will be approximately $460 million in guaranteed taxes paid by LIPA. We are protected against new tax challenges on the Northport Power Plant for at least 7 and potentially as many as 12 years, even though every property owner has a right to challenge their taxes – every year.
“The terms achieved in the settlement were unprecedented. And in the future, if any other municipality achieves better terms in a settlement with LIPA, we are entitled to those terms in our deal.
“The LIPA settlement is one that we can be proud of. We made the very best of a no-win situation and achieved an unprecedented settlement offer no municipality has ever seen from LIPA. Three of my colleagues and I voted “YES” to end a ten-year nightmare, to prevent Huntington from falling into the abyss and to secure Huntington’s future. I am proud of that vote as it has allowed the Town to fulfill its motto:
“The Town Endures.”