The 8-week summer program culminated in the launch of a pro-bono intern-led project for the Long Island chapter of the Special Olympics. 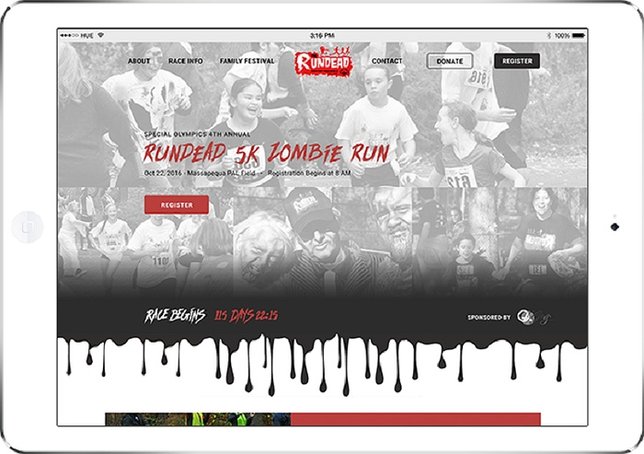 Pictured is a preview of work created by the interns for the rUNDEAD event happening in October.

Farmingdale, NY - September 9, 2016 - Long Island-based digital agency Huemor has said goodbye to its inaugural class of Exosphere interns. The 8-week summer program culminated in the launch of a pro-bono intern-led project for the Long Island chapter of the Special Olympics. The interns built a promotional website to generate awareness of, and excitement around the non-profit’s annual rUNDEAD event, a 5k zombie-themed trail run to be held in October. 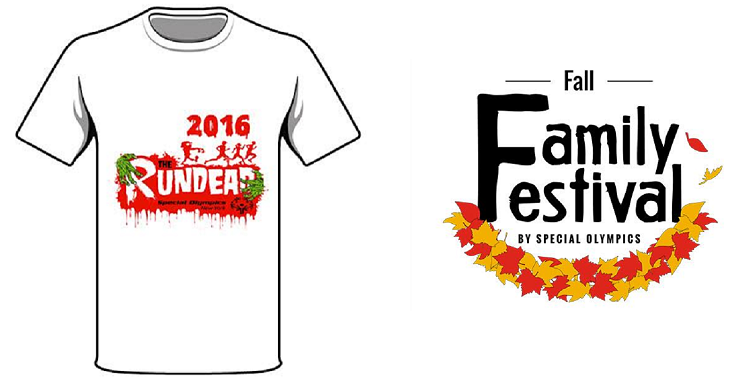 Pictured is the T-shirt design and logo design for the Fall Family Festival made by the interns.

Working under the guidance of agency mentors, the interns created each aspect of the project, which included the website — which can be seen here — along with supporting social media content, press releases, and other external messaging, based on their own audience research and outreach strategies.

“Our internship program was designed to bridge the gap between the academic environment they’re used to and the real-world workplace they’ll soon be entering,” explained Jeff Gapinski, co-founder and president of Huemor. “I remember applying for jobs after I graduated and being floored by how much I still needed to learn.”

The interns, who were placed throughout Huemor’s design, development, and marketing departments, pitched their own ideas and received feedback directly from the client.

“Working with Huemor and the Exosphere program has been nothing but a success! I am so thankful this project worked out so well,” expressed Rebecca Strickland, associate director of development for Special Olympics NY – Long Island. In addition to rUNDEAD materials, branding and logos were created for the debut of the Fall Family Festival, which is accompanying this year’s run.

“The rUNDEAD project was really cool because the interns were in charge. It was a lot of responsibility, and the idea scared me at first,” admitted Notre Dame sophomore Samantha Gambardella, who was the group’s client liaison, “but meeting with the Special Olympics and communicating with the design and development interns made the whole thing run smoothly.”

A preview of the design process and the branding materials can be seen here.

The next session of Huemor’s Exosphere program begins in the fall. For more information about the internship opportunities and how to apply, visit here.