Bay Street Theater Announces Auditions for To Kill a Mockingbird 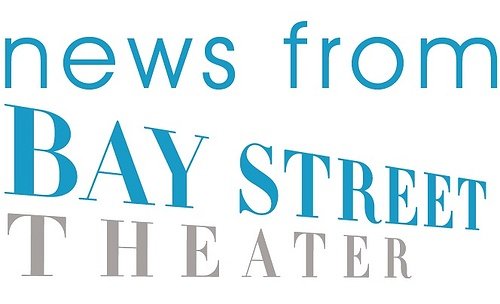 Sag Harbor, NY - September 12, 2014 - Bay Street Theater is pleased to announce auditions for this November’s Literature Live! production of TO KILL A MOCKINGBIRD, directed by Joe Minutillo. All rehearsals and performances will be held at the Bay Street Theatre in Sag Harbor, NY. Actor’s who reside within a 50 mile radius of Sag Harbor are strongly urged to attend. Performers of all ethnic and racial backgrounds are encouraged to attend. Performance dates are November 5-29.

Preparation: Sides (will be available 1 hour prior to the start of each audition)

All performances will be held at the Bay Street Theatre in Sag Harbor, NY. Actor’s who reside within a 50 mile radius of Sag Harbor are strongly urged to attend.

Performers of all ethnic and racial backgrounds are encouraged to attend

TO KILL A MOCKINGBIRD

Jean Louis Finch (Scout) - Scout is a young girl, age 9-12 years old. She is a tomboy and the younger sister to Jem. Scout is the youngest character on stage but quite smart. When the play begins, she is a precocious six-year-old who has learned to read at home before starting the first grade. She is terrified of Boo Radley, but that changes later in the play. She personifies the innocence of childhood, especially because of her inability to understand racial prejudice. Scout unknowingly saves the lives of her father and Tom, as a lynch mob headed by Walter Cunningham threatens them.

Jeremy Finch (Jem) – Is Scouts older brother and son to Atticus. He is 12 years old.

He is athletic. His relationship with his dad (Atticus) is one of frustration due to the fact that they don’t spend enough time together because his father is always working and it also seems to Jem that his father is getting to old. Jem does share his father’s intelligence, honor and bravery.

Atticus Finch - Protagonist; Atticus is approximately a 50-year-old widower. He is the father of Jem and Scout Finch. He is a learned, serious gentleman who is the attorney appointed by Judge Taylor to defend Tom Robinson. In his youth he was an expert marksman with a rifle and a good athlete (something that Jem his son does not know about him). Atticus is the iconic voice of reason. He is quietly impressive, reserved, and civilized.

Calpurnia - Is the black housekeeper/cook in the Finch household, who plays a large role in raising Jem and Scout. She is a somewhat stern but she is also a deeply loving maternal figure to both children. She helped Scout learn how to write. She is self-educated, proud, capable, and has high standards. Age 35-50.

Miss Maudie Atkinson -  Is a neighbor who is not married. She is very kind to the Finch Family. She is one of the rare members of this community who is not prejudiced towards blacks. She is a sensitive woman who is wise and compassionate and is the character who explains why it is a sin “to kill a mockingbird” to the children. Age 50-60.

Charles Baker Harris (Dill) - Seasonal playmate to Jem and Scout. He comes to Maycomb each summer to visit his Aunt Rachel Haverford. Dill along with Jem and Scout, attempts to unravel the mysteries surrounding Boo Radley. He is a young boy, 8-12 years old, small, wise beyond his years.

Heck Tate - He is the Sheriff of the town who has a real sense of right and wrong. He has the utmost respect for Atticus and they have known each other a long time. He is very aware of the injustice of Maycomb. Age 30-50

Mayella Ewell - She is a young woman who is lonely and overworked and will lie to get what she needs. She is the daughter of Bob Ewell and her major role in life is to care for her seven siblings. She and her siblings have been raised in squalor. She attempted to seduce Tom Robinson is stopped by the arrival of her father. This all leads to the trial and the death of Tom Robinson. Mayella lies under oath about the seduction and rape because it is indefensible for a white woman to have feelings for a black man. Age 19-25.

Boo Radley - is a lonely, reclusive, and unassuming figure who is simultaneously kind, generous, and chivalrous. He saves the life of Jem and Scout.

Mr. Gilmer - He is the prosecuting attorney who treats Tom Robinson with rudeness and contempt.

Walter Cunningham - Hard working farmer who is a product of his environment and the depression.

Judge Taylor - He is a smart, fair man who knows he is dealing with racial issues that he can’t control.  He assigns Atticus Finch to defend Tom Robinson on a charge of rape. The Judge and Atticus already know that this is hopeless in this racist setting of  Maycomb.

Tom Robinson - 25-year-old Black man falsely accused of raping Mayella Ewell. He is handsome, vital, married with three children. He is a field hand who is kind and helpful. These traits however unfortunately lead to his demise. He is crippled on left hand. Age 23-27.

Bob Ewell - He is the antagonist and is father to Mayella and seven other children.

He is a lazy town drunk who poaches game and lives off government relief. He falsely accuses Tom, a Black man, of raping Mayella, although there is clear evidence that he himself physically (and perhaps even sexually) abuses Mayella. He is thoroughly despicable and untrustworthy. Age 40-50.