Boys and Girls State are two of the most respected government instruction programs for high school students in the nation. 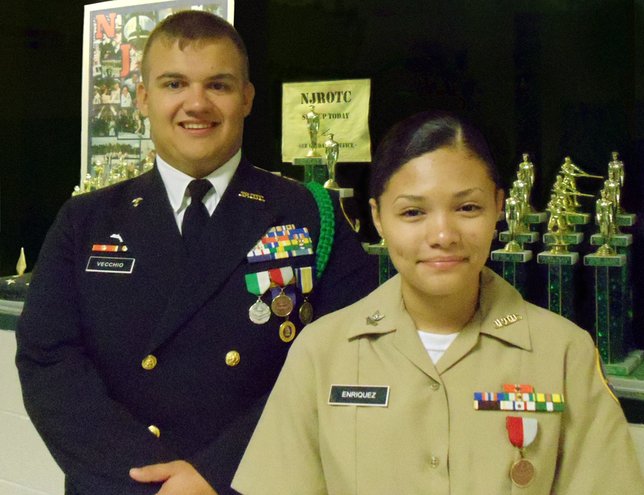 At Boys and Girls State, students get a feel of how the government works by creating and operating a mythical 51st state. They are separated into a two-party system, Nationalist and Federalist, and partake in a number of activities pertaining to the political process – running for office, electing officials at every level, drafting and debating legislation and more. They also participated in mock courts where they acted in the roles of attorneys, judges, plaintiffs, defendants, witnesses and members of the jury. Other activities included law enforcement presentations, assemblies, band, chorus and recreational activities.

“Boys and Girls State provides students with an opportunity to learn all about the in-depth workings of state and local governments,” said Commander Jay Tweed, William Floyd NJROTC. “This program provides tremendous insight for the students and further instills them with the value of being a good citizen. I’m proud that William Floyd had representatives selected to attend each of the two programs.”

At Boys State held on the campus of SUNY Morrisville in Morrisville, NY, Cadet Vecchio participated in hands-on activities based on the operation of city, town, county and state governments. He passed a mock bar examination and successfully ran for and was elected to the position of city attorney. He said two of his takeaways from Boys State were gaining a deeper understanding of the importance of teamwork and improved time management skills. After graduation, Vecchio plans to apply for Marine and Army ROTC scholarships or possibly enlist in the military.

On the campus of SUNY Brockport in Brockport, NY, Cadet Enriquez attended Girls State where she too learned about the inner workings of government. She felt the experience helped her improve her public speaking and self-presentation skills. During the mock governance portion, she campaigned for attorney general and was eventually elected to the position of animal control officer. Enriquez has applied for and hopes to attend the United States Coast Guard Academy after graduation.