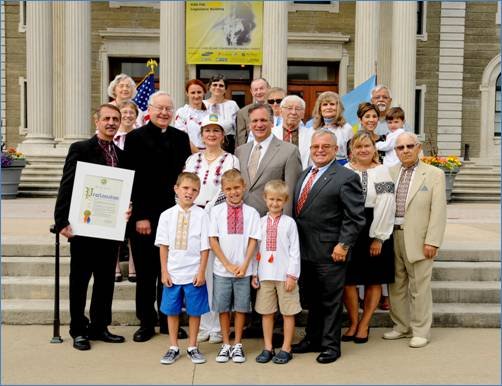 On August 24, 1991, the Ukrainian Parliament established an independent state after the fall of the Soviet Union. More than 90% of Ukraine’s citizens voted for independence in a nationwide referendum held in December of that same year. “I am pleased to join everyone this morning in celebration of the 22nd Anniversary of Ukrainian Independence Day and to raise the Ukrainian flag,” said County Executive Mangano. “After centuries of foreign control the Ukraine finally obtained its independence in 1991. Today provides us with such a great opportunity to celebrate the many achievements of the Ukrainian-American community not only here in Nassau, but across the nation.”