Iconic jet fighter was built on Long Island by Grumman. 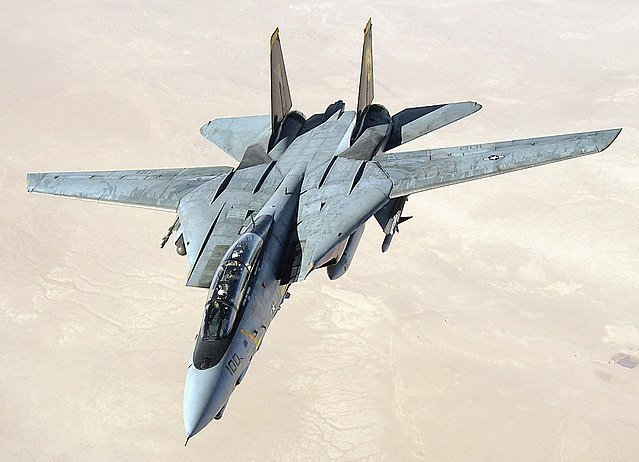 An exhibit at the Cradle of Aviation Museum in Garden City celebrates the 50th Anniversary of the  F-14 Tomcat, what many consider one of the most iconic jet fighters to ever grace the skies. - and built on Long Island. The museum has pulled out all the stops for this temporary exhibit, never before seen artifacts were taken out of storage such as concept models and photographs.

Featured in the classic movie Top Gun and serving 36 years in the Navy protecting the United States, this powerhouse of a plane is still missed by airpower affecianos and the pilots and Radar Intercept Officers (RIO) - the flight officers in the aft seat of the jet - who flew it.

“Home to a robust F-14 collection with a full-size aircraft - the third F-14 ever built and the oldest surviving, flying from 1971-1990 and two F-14 cockpits, nose and flight suits,” the museum described in a Facebook post about the exhibit.

The museum is also making plans to get the last American F-14 to ever fly the great blue yonder. The transfer was set to take place this summer but the plans were pushed back, according to Joshua Stoff, Curator of the museum. He said that the museum is also constructing a concrete platform and security chains for the fighter jet but that was delayed as well.

The Cradle of Aviation Museum had closed on March 13 due to the COVID-19 pandemic. It reopened to the public on July 9.

Objects in the exhibit will be on display through December 2020. The museum is open Thursday through Sunday from 10am - 4pm.