9/11 Walls of Honor remembers those who were lost since the attacks on America. 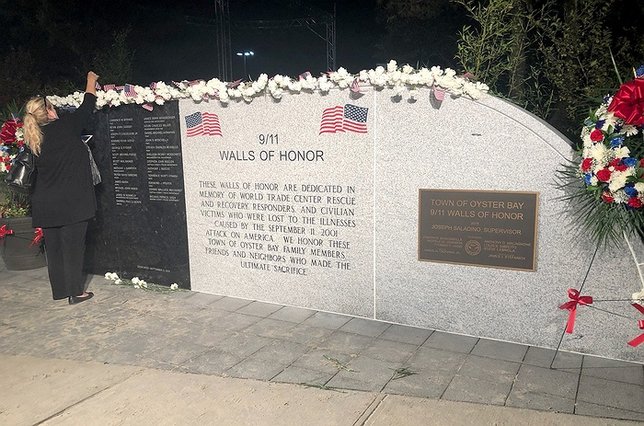 Last week, during the Town of Oyster Bay’s annual memorial ceremony in remembrance of the victims of the September 11, 2001 terrorist attacks, officials unveiled a new 9/11 Walls of Honor in memory of those who have lost their lives to 9/11-related cancer and illnesses since that fateful day. The ceremony was held at the September 11th Memorial located at TOBAY Beach.

According to a statement released by the town, its 9/11 Memorial is inscribed with the names of residents lost on September 11, 2001 and features a steel beam recovered from the World Trade Center. The new Walls of Honor contains the names of those lost in relation to 9/11 illnesses. 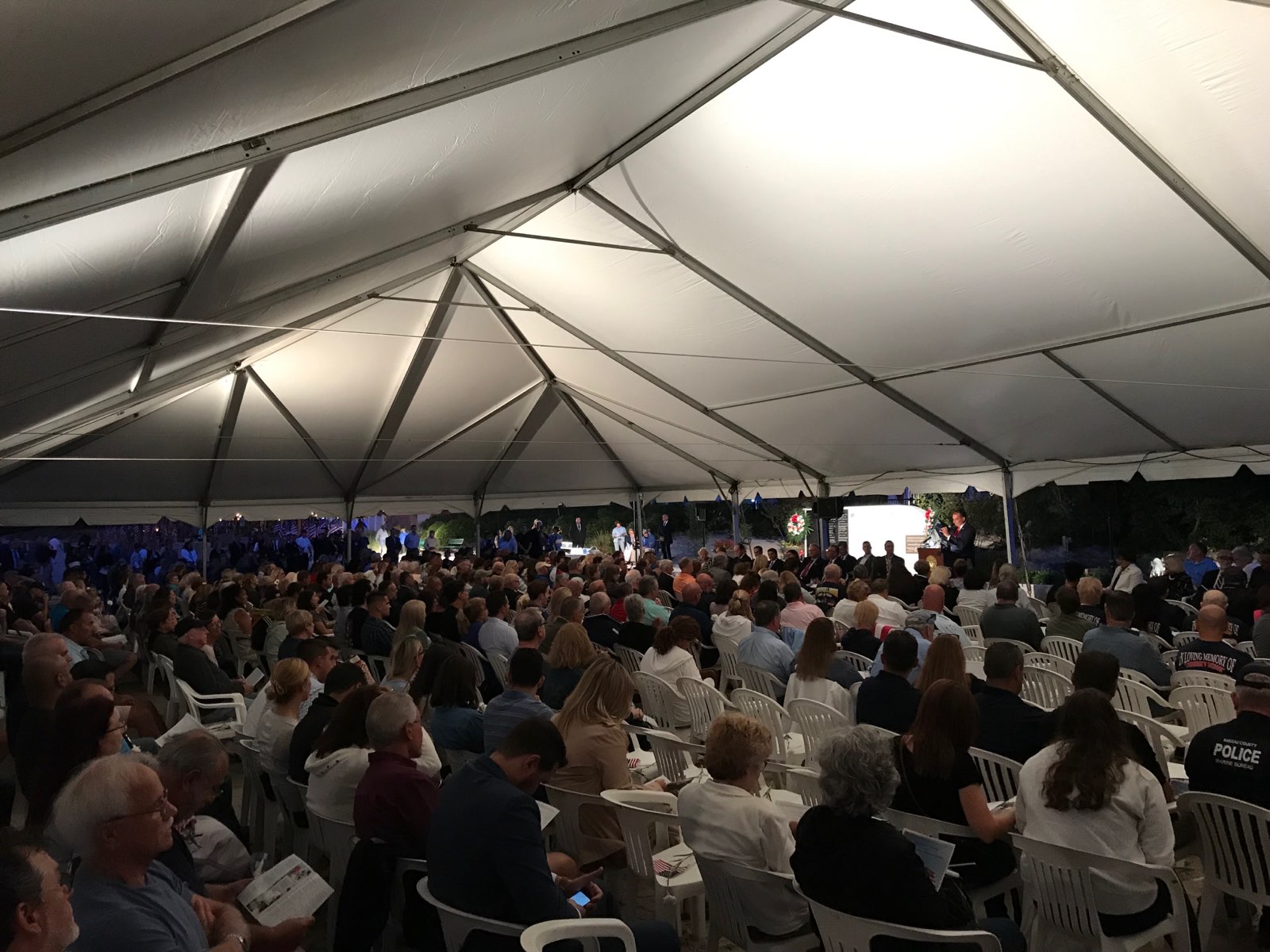 Crowds gathered during the Town of Oyster Bay 9/11 memorial service on September 6, 2019.

A candlelight vigil, vocal performances, religious readings and bagpipe music were all part of the ceremony. Hundreds of residents, including various members of local fire and police departments, as well as other emergency personnel were on hand for the occasion.