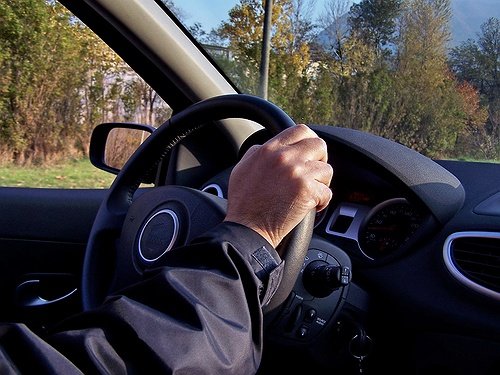 DA Rice, who couldn’t attend in person, made a video acceptance to the group, while her Vehicular Crimes Bureau Chief Maureen McCormick attended on her behalf.

“I’m so humbled to win the James J. Howard Highway Safety Trailblazer Award,” DA Rice said, “but I have to admit that this great honor is bittersweet, and comes with a grave reminder.  For while my office has done innovative and aggressive work in prosecuting vehicular crimes like drunk driving, those cases didn’t come without victims.”

“Little 7-year-old Katie Flynn, limo driver Stanley Rabinowitz, and 11-year-old Leandra Rosado – they’re among many of the victims we’ll never bring back after drunk drivers ended their lives too soon. What we can do is keep fighting so there’s never another Katie, Stanley or Leandra again.  I know that that’s what all of you are gathered to do in Michigan right now, and that should make the nation rest easy.”

DA Rice was awarded in recognition of her innovative and aggressive work in raising awareness of driving safety and prosecuting impaired driving cases.

According to the GHSA, DA Rice’s “efforts to address impaired driving have had significant measurable impact within the county and opened up a national discussion on appropriate penalties for impaired driving fatalities. During her eight-and-a-half years in office, DA Rice has used her position to advance highway safety at every level, spearheading prevention programs for teenage drivers, working with state lawmakers to craft stronger traffic safety legislation, creating the county's first vehicular crimes bureau and piloting a new program of early intervention and intensive supervision for DUI offenders.”

Just yesterday, DA Rice called attention to what some call “the new DWI” – “DWT,” or Driving While Texting.  She announced a Five-Point Plan to Reduce Driving While Texting that proposes reforms to smartphone manufacturers, the auto insurance industry, local courts, and local law enforcement.  The plan includes the announcement of a new plea policy by her office that incorporates hardware designed to block texting during driving, as well as enhanced public education efforts.

The James J. Howard Highway Safety Trailblazer Award is named after a longtime member of Congress who sponsored landmark reforms to the country’s driving safety laws – and the country’s driving culture itself.  In 1974, he introduced the idea of a 55-mile-per-hour speed limit, and in 1984 he sponsored legislation establishing a uniform minimum drinking age of 21.

Past winners of the Howard Award include researchers, scientists, legislators and other law enforcement.