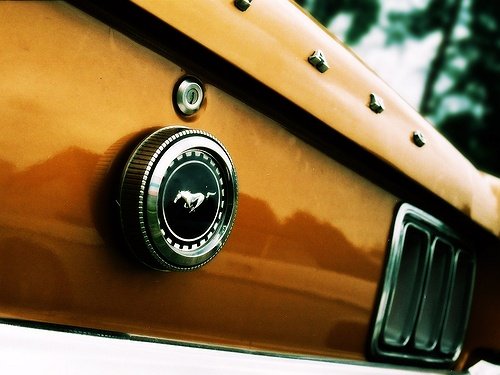 Some of the feature vehicles at this year’s event will include a Ford Motor Company prototype Wimbledon White 50th anniversary Mustang. Gulf Oil will be showcasing their give-a-way car, a fully custom 2014 Ford Focus ST in the Tjin Edition Booth and Vortech Superchargers will be displaying, Yellow Jacket, a 2014 Ford Mustang SEMA car that appeared on the cover of 5.0 Mustang and Fast Ford this past April.

Hollywood Car Designer George Barris, will have the following cars on display in conjunction with Autoseum: The original 1966 Batmobile, Drag-u-la from the Munsters, Back to the Future Part II Delorean Time Machine, Speed Racers’ Mach V, the Bat-Limo and to top it all off, straight out of Hazard County the Dukes of Hazard, General Lee andRosco P. Coltane’s police car. Also making a special guest appearance at this year’s event is Dina Parise Racing, who will be debuting their brand new Cadillac CTS-V race car at the event.

Photo by steem via Free Images