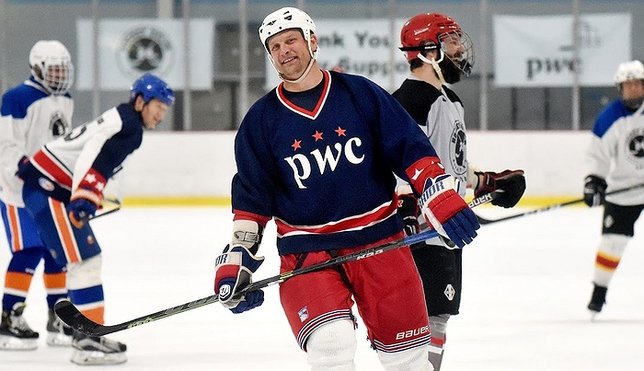 Players hit the ice again this year to take part in a 24-hour hockey marathon that raised money and awareness for local charities. The 6th Annual Hockey Helps Marathon took place at the Dix Hills Ice Rink from 10 am on August 31st to 10 am on September 1st this year and consisted of several teams playing 24 two-period games. Each period lasted 22 minutes each.

The organization says it’s still in the final phase of calculating its fundraising but estimates they will be just over $1 million when all is said and done. That number will bring total fundraising to $3.5 million since they started in 2014.​

The mission of the fundraiser according to the website is “to help individuals struggling with addiction, mental illness, and cancer, and to provide support for children and youth facing economic disadvantages, illness, or related hardships.” They support a variety of charities that can be found here.

PricewaterhouseCoopers, an international professional services firm, is a driving force behind the event. A representative from the company said that former NHL players get involved to help out.