Oyster Bay Reopens for Shellfishing - Minus the Oysters

For the first time since June, clams and other shellfish can be harvested from Oyster Bay Harbor, by oysters remain off-limits as a dangerous bacteria is still prevalent in oyster beds. 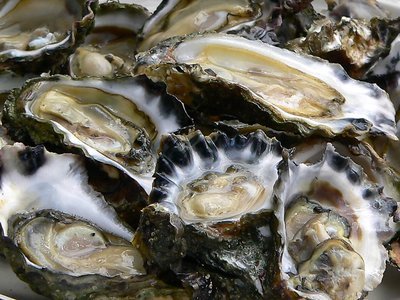 For the first time since June 29, Oyster Bay has reopened a section of the harbor for shellfish harvesting, with the exception that oysters are still not to be harvested.

Approximately 4,800 acres of shellfish lands in Oyster Bay Harbor and Cold Spring Harbor were closed for harvesting as a precautionary measure by the Department of Environmental Conservation, as there were reports of shellfish-related illnesses from those who consumed oysters and hard clams harvested from these areas.  It was found that these illnesses were caused by the naturally occurring marine bacteria Vibrio parahaemolyticus (Vp).

When ingested, Vp can cause diarrhea, nausea and vomiting, often accompanied by abdominal cramps, fever and chills. According to the DEC, these symptoms normally occur within 24 hours of ingestion.

Studies done at the DEC’s East Setauket laboratory found that Vp is no longer present in dangerous levels in the clams in the area, but oyster beds are still believed to be infected with the bacteria.

Only 1,100 acres of shellfish land have been reopened for the harvesting of all other shellfish besides oysters. The waters from which oysters must not be harvested include the part of Oyster Bay Harbor “lying easterly of a line extending from Brickyard Point on Centre Island to the northernmost rock jetty lying north of the Town of Oyster Bay boat ramp in Theodore Roosevelt Memorial Park.”  Oyster harvest also remains prohibited in "2,400 acres of shellfish lands in Cold Spring Harbor, lying south of a line extending easterly from Rocky Point on Centre Island to Whitewood Point on Lloyd Neck."

To greatly reduce the risk of illness from shellfish with Vp, one must cook all shellfish thoroughly. The DEC also recommends preventing bacteria growth by using good post-harvest handling measures such as keeping shellfish out of direct sunlight, keeping shellfish on ice or spraying with cool water from a certified area, never putting shellfish in standing or stagnant water, and getting shellfish into refrigeration within 5 hours of the start of harvest.