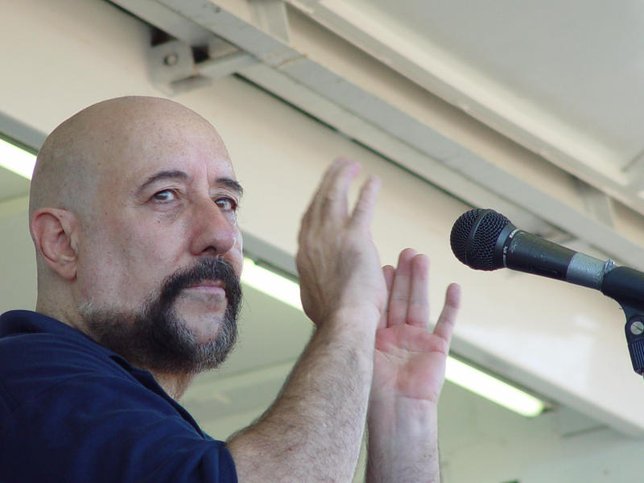 Long Island, NY - September 10th, 2013 - Peppi Marchello, the founder of Long Island’s popular Good Rats, is being commemorated in a book that has rallied die-hard fans. PEPPI MARCHELLO: SONG WRITER will collect not only Marchello’s never-before-published lyrics from such popular LP’s as “Tasty,” but also dozens of songs that were never recorded due to the singer/songwriter’s untimely death on June 10 of this year. Marchello’s widow has also shared rare and intimate family photos to be included in the book.

“Peppi’s fans were always legion, always enthusiastically receptive to anything he was working on,” says author Clifford Meth, a long-time friend of Marchello who organized the project. “I was certain the announcement of this book would hit home. Good Rats fans are eager to participate in this exceptional project and to spread the word. Ultimately, the book will financially benefit Peppi’s widow and allow for the release of the many songs that Peppi was working on before he died.”

PEPPI MARCHELLO: SONG WRITER was launched as a Kickstarter project on September 2. Within two days, the project had passed its financial goal, and less than a week later, its funding doubled.

“As fans hear about the project, they want to participate,” says Meth. “The Kickstarter platform not only allows fans to pre-order the book, but also to be a sponsor, or even participate at a higher level. Both the book and its marketing success are things that Peppi would have been proud of—and as his fan and friend, I am proud to help bring this to life.”

Copies of PEPPI MARCHELLO: SONG WRITER can be ordered from Aardwolf Publishing. Fans who would like to participate in the Kickstarter for the project can click here. A promotional video is found here.