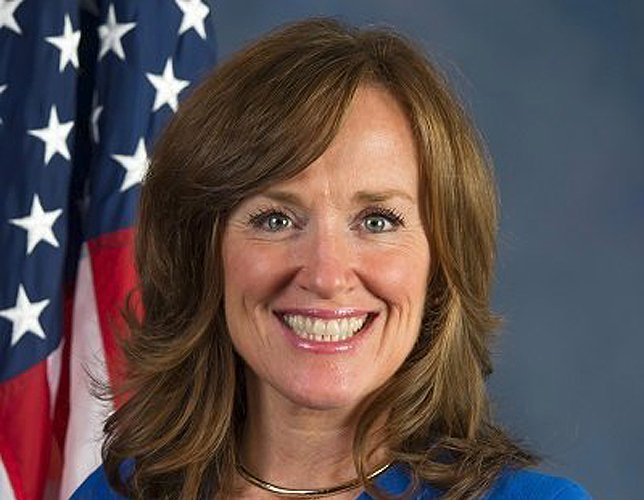 Long Island, NY - September 8, 2017 - U.S. Representative Kathleen Rice, a member of the House Committee on Homeland Security, announced today that the U.S. Department of Homeland Security (DHS) has awarded more than $6.7 million for security enhancements to nonprofit organizations in the greater New York City area, including nearly $450,000 to six Jewish organizations, synagogues and schools in New York’s fourth congressional district. The funding was awarded through DHS’s FY 2017 Nonprofit Security Grant Program (NSGP), which supports target hardening and physical security enhancements at nonprofit organizations that are at a high risk of terrorist attack. Central Synagogue-Beth Emeth in Rockville Centre, the Hebrew Academy of Long Beach, the Hebrew Academy of the Five Towns and Rockaway, Kulanu Academy in Cedarhurst, and Young Israel of Woodmere were each awarded $75,000 in NSGP funds, and Kehilas Bais Yehudah Tzvi in Cedarhurst was awarded $74,800.
In FY 2016, Rep. Rice helped secure a total of nearly $575,000 in NSGP funds for eight Jewish nonprofit organizations in New York’s fourth congressional district – Congregation Aish Kodesh in Woodmere, the Hebrew Academy of Long Beach, the Hebrew Academy of the Five Towns and Rockaway, the Hebrew Academy of Nassau County, the Merrick Jewish Centre, Yeshiva of South Shore in Hewlett, Young Israel of Lawrence-Cedarhurst, and Young Israel of Oceanside. In FY 2015, Rep. Rice helped secure a total of $150,000 in NSGP funds for Congregation Aish Kodesh in Woodmere and the Chabad Center for Jewish Life in Merrick.
“At a time when acts of anti-Semitism have dramatically increased in the U.S. and the threat of terrorism continues to evolve, one of the most effective things we can do is to help potential targets enhance their security and emergency response capabilities and prepare for worst case scenarios,” said Representative Kathleen Rice. “I’m pleased that we secured this funding to help enhance security measures at Jewish nonprofits in our district, and I’ll continue working to ensure that all of our communities have the resources and support they need to keep people safe.”
“The Young Israel of Woodmere is the focal point of Woodmere’s Jewish community -- with 1,100 families, it is vital that we work to protect it from security threats,” said Senator Todd Kaminsky. “We live in a very scary age, and so it is a priority of mine to fight for synagogues and other institutions to ensure their protection. I am happy to have recommended YIW to receive this funding and know it will be employed to its fullest potential. Thank you Congresswoman Rice for your fantastic advocacy on behalf of the Five Towns community."
“We are thrilled to receive the grant,” said Rabbi Marc A. Gruber of Central Synagogue Beth Emeth. “Especially in these troubled times, it will help keep the people coming to our synagogue feel more secure in their home away from home.”
“We are very pleased that we were selected to receive the 2017 security grant,” said Richard Hagler, Executive Director of the Hebrew Academy of Long Beach. “We have 1,700 students on three campuses, and it will enable us to further improve safety for our students.”
“We are fortunate to have received past grants and we are thrilled to receive this grant from the federal government to upgrade our security system with new cameras and new security gates to make our school even more secure,” said Reuben Maron, Executive Director of the Hebrew Academy of the Five Towns and Rockaway.
“We are grateful to be receiving a grant of funds from the Department of Homeland Security and are thankful for all the support we received from the various agencies and government representatives involved,” said Yoel Goldfeder, Chairman of the Security Committee at Kehillas Bais Yehudah Tzvi. “This grant will allow us to invest in the security and protection of our Synagogue and congregants so we can focus our efforts on our prayers and continued service to the community.”
“In today’s time, security for all is critical,” said Dr. Beth Raskin, Executive Director of Kulanu Academy. “Those who cannot sufficiently defend themselves are at greater risk and the 2017 Homeland Security Grant will provide the funds to target harden the Kulanu Center for Special Services. Creating a secure exterior double entry portico ensures peace of mind for students, families and employees. We are delighted to be a recipient of grant funding.”