President Trump Announces the End of Deferred Action for Childhood Arrivals, NY and Others Vow to Sue; Who Do You Agree With?

DACA represents a very complex and emotional issue for many people, and we want to know what you think. 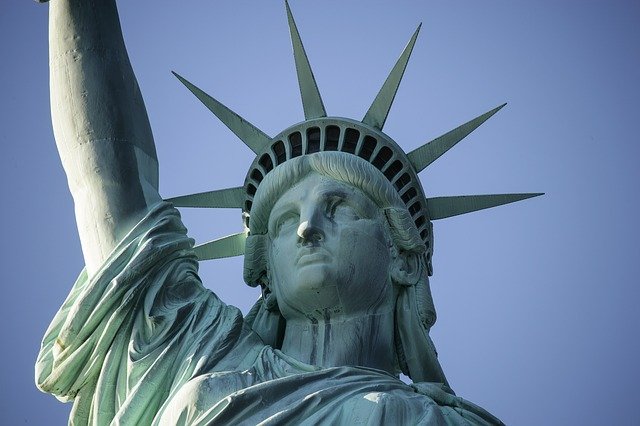 Immigration is a hot-button topic of debate these days. Where do you stand on the issue?

New York, NY - September 8, 2017 - Deferred Action for Childhood Arrivals (DACA) is a policy enacted by former United States President Barack Obama via executive order (the DREAM Act) in June of 2012; its purpose was to allow illegal immigrants who entered the country as minors a renewable two-year period of deferred action from deportation and eligibility for a work permit.
To be eligible for DACA, illegal immigrants must:
The program does not provide lawful status or a path to citizenship, nor does it provide eligibility for federal welfare or student aid. Currently, about 800,000 young people in the United States – compared to the overall number of illegal immigrants here, which is currently approximately 11 million – are covered by the policy, many of whom are gainfully employed. Despite what naysayers contend, some economists note that DACA offers no negative impacts on U.S. workers, and DREAMers – the name given to those covered under DACA – do not commit crimes at a higher rate than native-born American citizens.
However, on September 5, DACA was rescinded by President Donald Trump, but given a six-month window of delay before its end to allow Congress to possibly craft legislation that would essentially create similar protections – although with some likely differences as well – for minor illegal immigrant children, albeit with the stronger legal foundation that an actual passed law would create versus an executive order. This was one of the reasons President Trump gave for his decision, while also touting the move as protecting U.S. citizens as well.
"As I've said before, we will resolve the DACA issue with heart and compassion - but through the lawful Democratic process - while at the same time ensuring that any immigration reform we adopt provides enduring benefits for the American citizens we were elected to serve," he said. "I have a great heart for these folks we're talking about. A great love for them and people think in terms of children but they're really young adults. I have a love for these people and hopefully now Congress will be able to help them and do it properly,"
Trump campaigned on a hard-line stance when it comes to immigration reform – alleging that lax border policies has resulted in an influx of crime, drugs, and terrorism into the U.S., while taking jobs away from native citizens – and has often been critical of the policies of his predecessor, stating that the country needs stronger borders and more stringent qualifications for those seeking citizenship here. However, even many of those who support the need for immigration reform – with some citing the so-called “anchor baby” issue, a derogatory term for children born to illegal immigrants in the United States who qualify for birthright citizenship – fail to see the need to end DACA, and support the need in the wake of Trump’s announcement to create legitimate laws that would serve largely the same purpose.
Critics of President Trump quickly went on the attack - many protesting in the streets - against a move that they saw as “cruel” and “heartless,” as once the six month delay on enforcing the end of DACA passes, the DREAMers – many of whom may not even remember their countries of origin, let alone possess the ability to speak their respective native languages – will be facing possible deportation. Recently, New York Attorney General Eric Schneiderman, in conjunction with Governor Andrew Cuomo, officially announced that he is suing the Trump Administration over its decision to end DACA after previously releasing the following statement:
"President Trump's decision to end the DACA program would be cruel, gratuitous, and devastating to tens of thousands of New Yorkers—and I will sue to protect them," he said. "We should not and cannot sit on the sidelines and watch the lives of these young people ruined. We have both a legal and moral obligation to make sure that the laws are faithfully executed without discrimination or animus. In New York, we are stepping up to protect immigrants. "
Governor Cuomo himself was also highly critical of the decision to do away with DACA, making the claim that racism was the driving factor behind Trump’s announcement.
“President Trump is talking about DACA and rescinding DACA, which is just feeding the beast of bigotry red meat,” Cuomo said. “You want to talk about North Korea as a threat? And it is. I'll tell you another threat: it’s racism. Because racism is a cancer in the body politic. [New Yorkers] believe in diversity. We believe in welcoming people from all over the globe because we're not one religion, we're not one race - we're one idea.”
Other states and political leaders have threatened to - or are actually in the process of - initiating lawsuits against the Trump Administration in defense of DACA, although Trump’s decision has attracted its fair share of support as well. What do you think? Was President Trump right to rescind DACA? Do you feel it is a positive step to increasing border security, preserving jobs for American citizens, and instigating immigration reform? Or do you feel it is wrong to potentially pave the way for the deportation of 800,000 young people, many of whom are contributing positively to our society and may have never asked to be here to begin with? Also, do you agree with the decision of NY Attorney General Schneiderman to sue the Trump Administration, or do you feel President Trump is merely acting in the best interests of the country?
DACA represents a very complex and emotional issue for many people, and we want to know what you think.