Man Arrested for Murder after Killing Woman and Shooting at Police

Suffolk County Police today arrested a man after he killed a woman and fired at police officers at a Bohemia motel, early this morning. 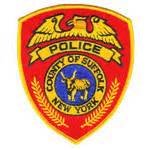 Bohemia, NY - September 7th, 2013 -  Suffolk County Police today arrested a man after he killed a woman and fired at police officers at a Bohemia motel, early this morning.

Fifth Precinct police officers were called to the MacArthur Inn, located at 444 Veteran’s Memorial Highway, at 4:50 a.m. after a report that a woman had been shot in the face.  When officers knocked on the door of room 117, Stoker Olukotun Williams opened the door and began firing at the two responding officers who were only feet away.  Officers returned fire and Olukotun Williams fled the parking lot but was captured a short distance away.  Neither officer was wounded.
Olukotun Williams, 24, of 1735 Hecksher Avenue, Bay Shore, was struck in the arm. He was treated at Brookhaven Memorial Hospital Medical Center, in East Patchogue, and released into police custody.
Officers responding to the room where the confrontation originally took place discovered the body of Shalece Cunningham, 24, of 17 Princeton Street, Bay Shore.  Cunningham was shot in the head and pronounced dead by a physician assistant from the Office of the Suffolk County Medical Examiner.
Two friends of the victim were also found unharmed in the room.
Homicide Squad detectives charged Olukotun Williams with Murder 2nd Degree and Attempted Murder 1st Degree. He is scheduled to be arraigned at First District Court in Central Islip on September 8.
A criminal charge is an accusation. A defendant is presumed innocent until and unless proven guilty.