The Swiss company is shutting down a Farmingdale location in a move expected to result in a loss of 39 jobs as part of a nationwide shift leading to 4,000 layoffs. 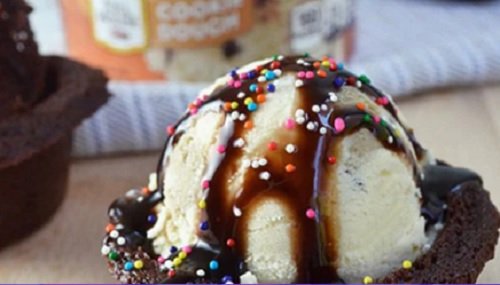 Dreyer's will distribute to stores through its warehouses rather than deliver to them in company trucks in a new strategy designed to save money.

Nestlé USA is closing its Dreyer’s Ice Cream Co. location in Farmingdale, as part of a shift in its distribution strategy, leading to about 4,000 layoffs nationwide.

The decision to close the Dreyer’s ice cream and frozen pizza location at 65 Broadhollow Rd. is expected to result in the loss of 39 jobs starting on Oct. 18 and continuing until the formal closing on Dec. 31.

Nestlé, based in Vevey, Switzerland, is shifting from delivering ice cream and frozen pizza directly to stores to a warehouse strategy. It's as move that some other companies have already made.

The company no longer will deliver products such Dreyer’s, DiGiorno and Skinny Cow to supermarkets as part of a massive move, impacting 230 facilities, including this one on Long Island, 1,400 trucks and 2,000 routes.

“Ice cream and pizza are growing categories in which we hold strong leadership positions,” Steve Presley, CEO of Nestlé USA, said in May when he announced the overall plan, noting that the move could help drive “long-term profitable growth, leveraging a simpler route to market.”

He said the savings will unlock “resources we can use to fuel our efforts in demand generation, such as product innovation and brand building,” as well as lead to a loss of jobs.

Presley added that the “food industry is facing unprecedented shifts in consumer behavior; how they eat, shop and engage with brands” and he believes the new process can save money – letting the company spend more on other functions.

“Moving to a warehouse model has numerous benefits for us and our retail customers,” Presley said, noting retailers could tap the “unmatched breadth and depth of our existing frozen warehouse network.”

Presley said this would “result in the closure of eight company-owned frozen distribution centers and our frozen inventory transfer points."

“These employees have worked incredibly hard to serve our customers,” Presley said. “Treating them with respect through this process is a top priority for us, and we are committed to doing all we can to provide them information, resources and support.”