Crowds flocked to Iavarone Brothers restaurant, which opened in Country Pointe, the new development in Plainview. 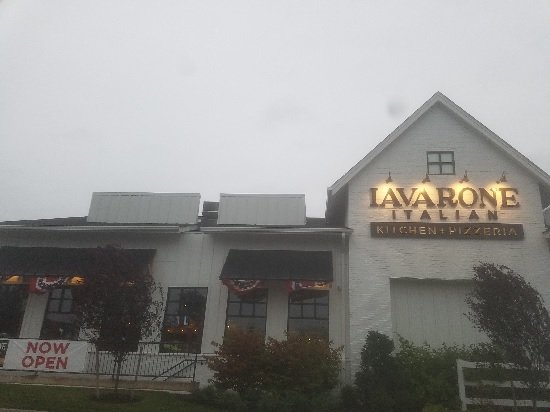 After a great deal of buzz, anticipation and a few headlines, Iavarone Brothers on Sept. 3 opened  Iavarone Kitchen and Pizzeria, at 1575 Old Country Rd., in the Country Pointe development in Plainview.

The restaurant, the latest transformation for the company, offers pasta and Italian specialties as well as specialty pizzas, including sausage and broccoli rabe pizza, as well as a bar.

It's larger than the Iavarone Cafe that the company already operates in New Hyde Park and has a large following for people who shop at Iavarone stores - and eat at their smaller restaurant in New Hyde Park.

Crowds filled the restaurant on its first evening, with a full bar and a wait for tables as well as walk-ins for pizza. "The food was very good," one diner said after finishing a dish with shrimp. "And the wine."

Iavarone Brothers can trace its roots back a century to 1919 when Pasquale Iavarone arrived in the United States at Ellis Island before opening a "Salciceria" in Brooklyn in 1927.

His sons Joe and Jerry took over the business in the 1950s, expanding to include Brooklyn, Queens and Long Island.

They then began distributing their own pasta known as "Iavarone Bros. Villa di Pasta “ as Joseph Jr. joined the family business.

The family-run business went on to open in Hyde Park, in 2001, before expanding that store to a gourmet market with fresh baked breads, cakes, pastries and a produce department.

The company opened a café known as Iavarone Café in the Lake Success Center in New Hyde Park near their store and in 2004 opened their biggest store to date at Wantagh's Cherrywood Shopping Center.

That store with a full seafood department, butcher shop, bakery, cheese, prepared foods and produce marked one step in a continuing transformation.