The GTSC, which coordinates the state’s traffic safety efforts, is actively urging its grantees, including local law enforcement and communities, to closely monitor school zones. 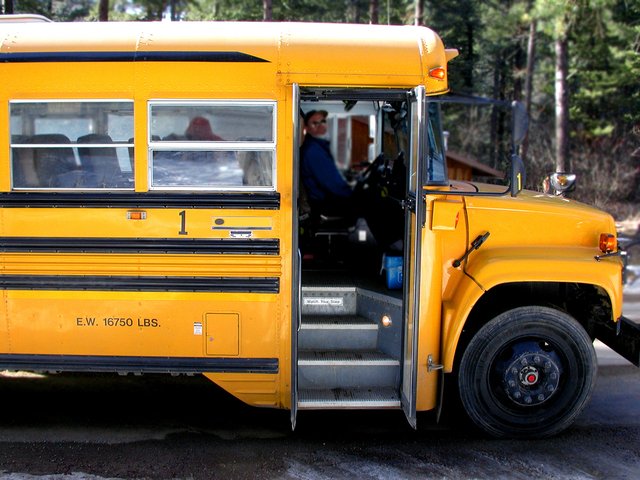 Albany, NY - September 6, 2016 - The New York State Department of Motor Vehicles (DMV) and the Governor’s Traffic Safety Committee (GTSC) are encouraging New Yorkers to focus on traffic safety to keep children safe as the new school year begins. With more activity on the roads and in crosswalks, the GTSC, which coordinates the state’s traffic safety efforts, is actively urging its grantees, including local law enforcement and communities, to closely monitor school zones to protect students. DMV and GTSC are also reminding motorists to slow down near schools, bus stops, and playgrounds; to be prepared to stop on both sides of the street for school buses with flashing red lights; and to keep speeds at or below posted limits near schools.

Passing a stopped school bus when its red lights are flashing is not only very dangerous, but against the law. The first-time fine for illegally passing a school bus is $250 to $400, plus five points on the license and a possible imprisonment for up to 30 days.

“While New York State has strong partners in the pupil transportation industry and highly trained school bus drivers, motorists must pay attention to increased school bus activity during the school year. Because crashes still occur, we are reminding drivers and pedestrians to pay close attention to what is going on around them,” said Terri Egan, DMV Executive Deputy Commissioner and GTSC Acting Chair. “Going back to school is an exciting time of year, but with a change in routines for parents, caregivers, and children, and more activity on the roads, it can also be dangerous. It is not just bus drivers who are responsible for our children arriving safely at school. It is on all of us to keep ourselves, our fellow motorists, and most importantly, our children, safe.”

In 2014, there were more than 2,000 police-reported crashes involving school vehicles statewide. Most crashes happened between 6 a.m. and 9 a.m., and between 3 p.m. and 6 p.m., when students are being loaded and unloaded from school buses. The three leading contributing factors of these crashes were reported to be driver inattention or distraction, following too closely, and failure to yield the right-of-way, indicating that most crashes are preventable.

New York State Police Superintendent George P. Beach II said, "As Troopers, we too often see drivers ignore the flashing lights of school buses or the lighted stop signs that extend from a bus. This is when the most precious cargo, our children, are loading or unloading from the bus. Too often this happens because some driver is late for work or looking at their cell phone. It simply won’t be tolerated. The State Police remind motorists to be on the look-out as school starts up again. Please, drive carefully and be especially aware of school speed zones, school bus traffic, and children walking.”

The New York Association for Pupil Transportation (NYAPT) reports that more than 2.3 million children ride a yellow school bus to and from school each day. A May 2016 survey of school bus drivers in 74 school districts statewide showed an alarming rate of illegal passing. More than 2,000 school bus drivers reported that they were passed a total of 1,480 times in just one day, including 61 passes on the passenger side of the school bus. Since October 2003, the GTSC and NYAPT have collaborated to bring pupil transportation and law enforcement professionals together for Operation Safe Stop, a statewide enforcement day to reduce the dangerous driving behavior of illegal passing of school buses. In the most recent Operation Safe Stop event, on April 21, 2016, more than 90 participating police agencies issued 830 tickets for passing stopped school buses, and more than 1,300 tickets for other moving violations.

"The New York Association for Pupil Transportation applauds the work that school transportation safety teams perform in every corner of our state to keep our children safe. We want parents and students alike to be aware of the tremendous safety record that school bus professionals have attained in our state,” said Peter F. Mannella, NYAPT Executive Director. “This is the result of strong state laws and regulations as well as dedication and rigorous training of our drivers and everyone involved on a daily basis. Finally, we urge motorists to be mindful as they approach stopped school buses to STOP when they see those red lights flashing. It's the law and it is a matter of honoring the trust our children place in us as responsible motorists.”