Kay Riviello has led the grassroots effort for about four years and now brings together between 300 and 500 activists. 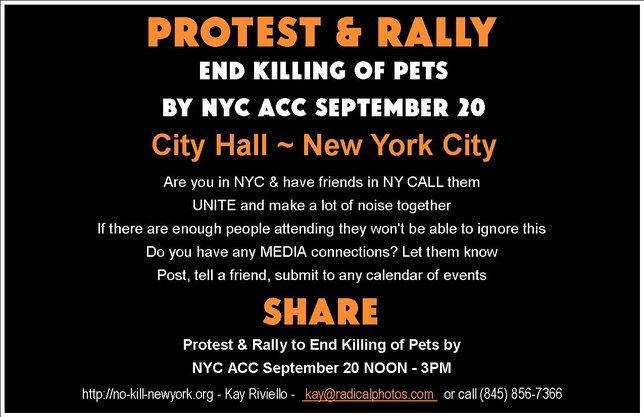 Kay Riviello has led the grassroots effort of the FB group, New York Animal Rights Alliance America with about 10,000 members, for about four years and now brings together between 300 and 500 activists dressed in red to rise up against the atrocities committed by New York Animal Care & Control under the auspices of the Department of Health. At City Hall, we will address the press and present our agenda to the NYC Council and Mayor DeBlasio whom we believe need our support to initiate these revolutionary changes.