Honor Flight, One Last Mission will show at the Cradle of Aviation Theatre. 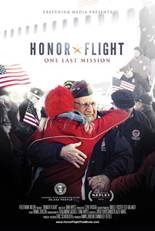 Mineola, NY - September 4, 2013 - Nassau County Executive Edward P. Mangano and the Cradle of Aviation Museum present free to our Veterans, Family & Friends, the movie Honor Flight, One Last Mission. Honor Flight is a heartwarming documentary about four living World War II veterans and a Midwest community coming together to give them the trip of a lifetime. Volunteers race against the clock to fly thousands of WWII veterans to Washington, DC to see the memorial constructed for them in 2004, nearly 60 years after their epic struggle. The trips are called “Honor Flights” and for the veterans, who are in their late 80s and early 90s, it’s often the first time they’ve been thanked and the last trip of their lives. The 24-hour journey is full of surprises that deeply move all who are involved. It’s uncommon for World War II veterans to talk about the War, but the Honor Flight experience brings their stories out. Many veterans say, with the exception of their wedding day and the birth of their children, the trip is the best day of their life. Showtime: September 17, 2013, 3:00p.m. at The Cradle of Aviation Theater, located at Charles Lindbergh Boulevard, Museum Row, Garden City. Seats are limited. RSVP to (516) 571-6000