The Committee to Explore the Incorporation of Hampton Bays will hold their inaugural Hall of Fame dinner honoring those of the Hampton Bays community who have consistently contributed to making Hampton Bays a better, richer ... 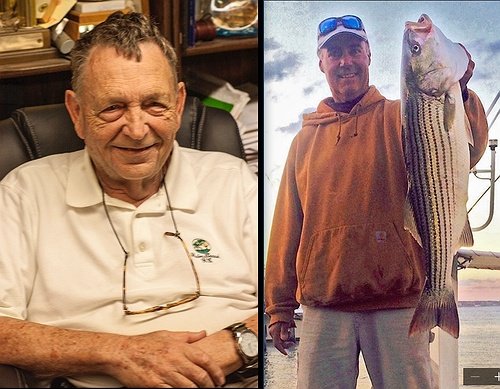 Hampton Bays, NY - September 4, 2015 - The Committee to Explore the Incorporation of Hampton Bays will hold their inaugural Hall of Fame dinner honoring those of the Hampton Bays community who have consistently contributed to making Hampton Bays a better, richer place to live with family and friends.

The inaugural class of the Hall-of-Fame is:

Douglas Oakland first came to Hampton Bays in the 1990's to help his father build and work the restaurant. He came for the fishing, but he stayed for the Hampton Bays way-of-life.  Along the way he married, created Oakland's restaurant on the Shinnecock Inlet, raised a family, served on the school board, and fished.  Oakland’s stands in testimony that Douglas Oakland liked to do things correctly. He believed such reasoning was true for a community as well. For Doug the most important of those community workings was the school board, establishing the benchmarks for the pleasure and reward of doing things correctly for future generations of Hampton Bays. Doug knew what was important ... he was a great dad and husband to Stephanie, he supported all in the community, he was on the school board and he had Oakland's ... he did a great job balancing all ... unless it was a good fishing day ...fishing was always his passion. We lost Doug this year. We all lost a friend, and in a too casual world, we lost a champion of correctness and detail, and a fellow fisherman.  Hampton Bays lost a pathfinder to the future, a man who lit the way with values not easy to find in our fast-paced modern world. His open, warm support, friendship, and practical wisdom will be missed. We of Hampton Bays honor his memory by making Douglas Oakland an inaugural member of the Hampton Bay's Hall of Fame.

The honors dinner will be at Oakland’s down on Dune Road near the Shinnecock inlet, Thursday, September 10th, 6:00 to 9:00 p.m.

The cost for dinner and cocktails is $65.00 per person. Be a part of this inaugural major event in the history of Hampton Bays.

Proceeds will benefit the Committee to Explore the Incorporation of Hampton Bays 501.c4.