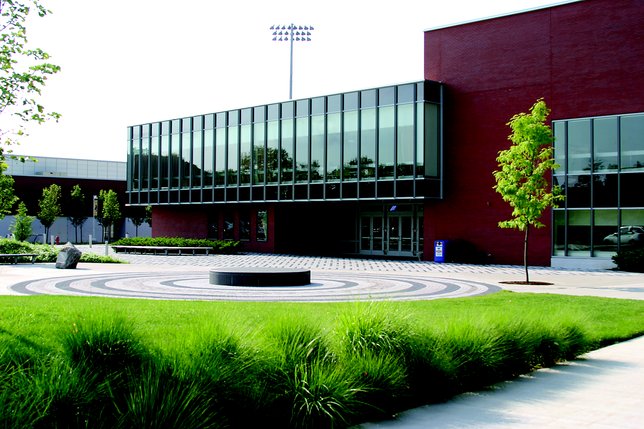 Garden City, NY - September 4th, 2015 - The entertainment lineup for the eighth season for one of Long Island’s premier destination for the arts, the Adelphi University Performing Arts Center (AUPAC), has been announced. Since its venue debut, the AUPAC has become one of the best places to see world-class artists in an intimate atmosphere on Long Island. The 2015–2016 season features some of the greatest entertainers from the worlds of dance, music and theater as well as a variety of productions by the talented students of Adelphi University. Tickets are now on sale.

Kris Allen, winner of season eight of American Idol will kick off the eighth season of performances at AUPAC on September 18. Allen and his band will perform songs from his third full-length album Horizons, produced by Grammy-nominated Charlie Peacock, as well as previous hits like the platinum-selling “Live Like We’re Dying.”

New this season is the Larson Legacy Concert Series, carrying on the legacy of the creator of the Pulitzer Prize-winning musical RENT and Adelphi alumnus Jonathan Larson, by showcasing the next generation of musical theatre composers and lyricists. Featured artists are Sam Willmott (October 4) and Max Vernon (March 6, 2016).

Classical music audiences will appreciate the return of the acclaimed chamber music ensemble Trio Solisti (October 24 and February 20, 2016) for its 11th year as ensemble-in-residence. The ensemble has forged its reputation as “the most exciting piano trio in America,” according to The New Yorker.

Special family programming returns to AUPAC with the Vital Theatre Company production of Pinkalicious: The Musical.  Based on the best-selling children's books, this youthful, endearing and thoughtful piece will be performed the afternoon of November 14 and is specially designed to delight children 2–7 years old and their families.

For the evening of November 14, the world-renowned Paul Taylor 2 Dance Company will present a mesmerizing performance. The program will include several Paul Taylor works including the classic Aureole, which he choreographed while he was an adjunct instructor at Adelphi. The Taylor/Adelphi history spans six decades, with Paul Taylor teaching at Adelphi in the early ’60s.

Prominent entertainer Trevor McQueen and his band bring their latest show to the Westermann Stage at AUPAC to celebrate the 100th birthday of Frank Sinatra and the 90th birthday of Sammy Davis Jr. on December 18.

On March 13, 2016, one of Ireland’s leading music groups The Alan Kelly Gang brings its strong dynamics, driving rhythms and buoyant harmonies to the stage to draw even the most fainthearted listener into the passion they put into their music just in time for the St. Patrick’s Day holiday.

On April 16, 2016, many will instantly enjoy the appealing melodies of the Chamber Orchestra of New York as they present the works of legendary film composer Ennio Morricone on the occasion of the 25th anniversary of the American release of Cinema Paradiso conducted by his son (and acclaimed film composer) Andrea Morricone.

Among other shows that will be undoubtedly popular is our ongoing series of Opera and Ballet screenings with some of the biggest stars of the opera world in performances from the world’s top opera houses and festivals: Baths of Caracalla The Three Tenors Concert (September 12), Baden-Baden’s L’Elisir d’Amore (September 27), Paris Opera Ballet’s Don Quixote (October 11), Salzburg Festival’s Arabella (October 25), Zurich Opera House’s Le Comte Ory (November 7), and Zurich Opera House’s The Flying Dutchman (November 22).

The Doo Wop Project
Sunday, February 21, 2016
Featuring current and former stars of Broadway's smash hits Jersey Boys and Motown: The Musical, the Doo Wop Project brings unparalleled authenticity of sound and vocal excellence to recreate-and in some cases entirely reimagine-some of the greatest music in American pop and rock history.

Shawn Mullins
Friday, April 8, 2016
An Atlanta-based folksinger best known for his Grammy-nominated Top Ten hit “Lullaby,” Shawn Mullins was serving as a member of the U.S. Army Airborne Infantry Division when he released his first self-titled cassette (issued on his own label, SM) in 1989. Following the release of 1991's Everchanging World, he left the military after eight years of service to pursue music on a full-time basis.

Adelphi University Performing Arts Center (AUPAC) is one of Long Island’s premier cultural arts venues for entertainment of all kinds. Check out aupac.adelphi.edu for details on these events and others coming to the venue. Information and tickets are available at The Lucia and Steven N. Fischer Box Office at (516) 877-4000 or boxoffice@adelphi.edu. Regular box office hours are Tuesday through Friday from 1-6 p.m. The box office is also open two hours before most scheduled performances.

About Adelphi University
New York’s Adelphi University is a nationally ranked, doctoral research university where students succeed by gaining the skills, knowledge and exposure to thrive as professionals and active citizens in an interconnected and fast-paced global society. Today, nearly 8,000 students from 38 states and 46 countries pursue degrees in person and online through Adelphi’s eight distinguished schools and programs—the College of Arts and Sciences, the Gordon F. Derner Institute of Advanced Psychological Studies, the Honors College, the Robert B. Willumstad School of Business, the Ruth S. Ammon School of Education, University College, the College of Nursing and Public Health and the School of Social Work.

Chartered in 1896, Adelphi is known for offering a personalized education—one is which students are mentored by talented and committed faculty members and readily find opportunities to initiate, innovate, explore and understand. With dynamic learning hubs on Long Island, in Manhattan and in the Hudson Valley, Adelphi serves communities, both regionally and globally, through the research and practice of its faculty, the collaborative initiatives undertaken by its centers and programs, the staging of distinguished cultural events and, most essentially, the education of future leaders and informed citizens.