The Over 50 Fair, now in its sixth year, finds new ways to connect with Baby Boomers and Seniors each year. 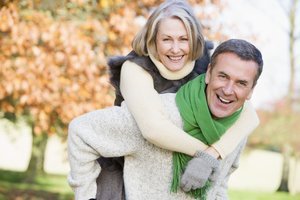 East Hills, NY - September 4, 2015 - The Over 50 Fair, now in its sixth year, finds new ways to connect with Baby Boomers and Seniors each year.  The annual event is the largest “over 50” expo on Long Island.  This year’s event, on Sunday, September 27 from 10-4:30 at the Melville Marriott, introduces its newest addition, a Singles Lounge.

“Every year, our single guests request a way to meet other singles.  7 in Heaven Singles Events will be facilitating this interaction in our new Singles Lounge, which will have music, a seating area, and icebreaker games several times during the day, such as Kings and Queens,” explained East Hills resident Barbara Kaplan, the Over 50 Fair director.

As in the past, the Over 50 Fair will also have 90 exhibitors and 30 speakers including local and national celebrities.

Chef Jonathan of Fox TV’s hit show MasterChef Season 6, its most recent season, will be preparing California Style Calamari Salad and doing a “meet and greet.”

Not to be outdone, Chef AJ of Fox TV’s MasterChef Junior Season 3, the most recent season, will be cooking Quesadillas for all to try.  Chef AJ, age 11, was a huge hit at April’s All Kids Fair where she prepared waffles with fresh whipped cream and fruit.

The newly crowned Ms. New York Senior America 2015, CJ Marie, will be in attendance, along with her counterparts from 2013 and 2014.

Edith Jason, one of the oldest yoga teachers on Long Island, will be teaching a yoga class.  Mrs. Jason, age 80, has been teaching yoga since 1986 and currently teaches several times a week at Winthrop Hospital.

Mark Brier of Laughs at the Library and Howard Newman of Jokesercise, where one can get a little exercise along with enjoying a comedy show, will be on hand to entertain at separate performances.

In addition, there will be a group psychic reading, reiki class, iPad tips, saving for retirement, travel, and health topics such as sleep apnea, menopause, and podiatry.

This event has been building a loyal following among the Boomer Generation during the five years of its existence due to its consistent presentation of a variety of classes and products they find appealing. The free opportunities this year include valet parking, waxing, and health screenings such as video otoscope and blood pressure screenings.

Gemma Kodumal, who attends the Over 50 Fair annually, said of last year’s event, “I was able to attend one class, Genomic Testing, and we all raved about it.  We need to come earlier next time to be able to avail ourselves of other seminars.”

The INN (Interfaith Nutrition Network), a local non-profit that helps Long Island’s needy, is once again asking people to bring non-perishable food and cash donations to exchange for raffle tickets for valuable prizes.

Admission tickets, which include access to all classes and exhibitors, are $6 online, $8 at the door, and free for Veterans.  The Melville Marriott is located at 1350 Old Walt Whitman Road, Melville, NY, off the Long Island Expressway’s westbound (north) service road.