Birds Strike Three Planes at LaGuardia Airport in the Morning

It's not uncommon for bird strikes to occur near airports, but today there were three planes impacted at the same NY airport during the morning hours. 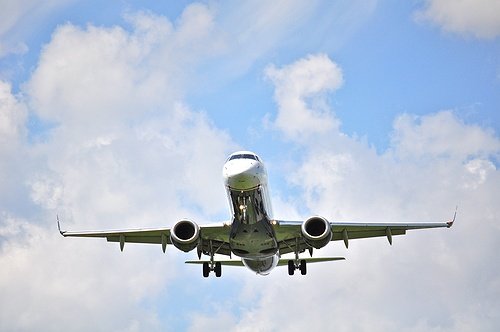 The morning hours at LaGuardia Airport have been eventful today. Three planes faced strikes from birds.

All impacted planes made successful landings and no injuries have been reported.

The first strike occurred at 7:18 a.m., impacting ExpressJet Flight 5400, which took off from Greensboro, North Carolina. The impact occurred to the nose gear as the aircraft was turning to land on the runway.

The third strike occurred at about 11.15 a.m. when Air Canada 706 was 12 miles northeast of the airport.

Bird strikes can be extremely dangerous and are not uncommon.

New York airports have seen a frequency of as many as five plane strikes in two weeks alone at the end of 2013 – when the snowy owls continued to make their presence around the airports when they were supposed to fly south.

According to the FAA, LaGuardia Airport has had over 100 bird strikes since 2013. With the startling numbers, wildlife biologists have also been hired to figure a way to help reduce the bird population near the airport.

One of the more memorable bird strike instances to the metro New York area include the famous US Airways flight landing on the Hudson River back in 2009. Fortunately all 155 people on board that flight were rescued.

The FAA continues to investigate the incidents.