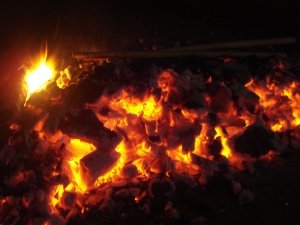 The crew, comprised of DEC forest rangers, employees and volunteers, had been working to contain the 10,900-acre wildfires outside Missoula, Montana for the past two weeks.

"We welcome the return of these brave men and women who have spent the last two weeks helping to contain large wildfires and protect precious natural resources and private homes," Commissioner Martens said. "All New Yorkers should be proud of this crew for demonstrating courage and compassion in assisting others in a time of need, and we are thankful they have returned safely."

The team joined crews from other state in battling the wildfires, which had grown from approximately 3,000 acres to more than 8,500 acres over a three-day period and threatened approximately 1,200 residences. When the New York team arrived there were approximately 80 firefighters and support personnel assigned to the fire, but that number rose to more than 500 as the wildfires spread. The New York team assisted in creating control lines to contain the wildfires, clear materials from the path of the fires and protect residences. During their time, the crew worked in rough terrain and endured daily temperatures that approached 90 degrees Fahrenheit.

All personnel and travel expenses of the New York crew are either paid directly by the U.S. Forest Service or are reimbursed to New York based on a mutual aid agreement between states and federal land agencies.

Following their two-week stint, the crew was flown back to Manchester, New Hampshire and rested overnight before boarding buses for their return home this morning.

The New York crew included rangers, employees and volunteers across the state: