Subscriptions are down 6.5 percent for the sports network, which is bringing in more revenue from the sports gaming industry. 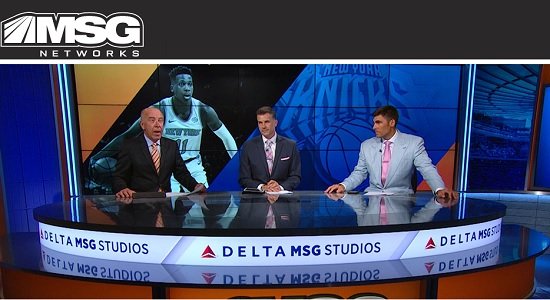 MSG Networks has been losing subscribers, potentially as some carriers' promotional offers end.

MSG Networks, which broadcasts New York Knicks, Rangers, Islanders and New Jersey Devils games and provides other sports programming, reported a 6.5 percent drop in subscribers year over year at the end of its fourth quarter.

The company, where James Dolan is executive chairman, reported fourth quarter revenues fell by 2 percent to $168.4 million, as net income dropped to $41.2 million from $45.2 million.

MSG Networks’s operating income fell 13 percent to $70.2 million, with the decline driven largely by the drop in subscribers.

“This represented an acceleration in the overall rate of subscriber decline,” CEO Andrea Greenberg said of the loss in viewers.

Greenberg said the drop-off in subscribers occurred primarily at two distributors, although she didn't name them, including one where some promotions ended.

“Both of these distributors experienced subscriber growth in the comparable prior-year period, resulting in a difficult year-over-year comparison,” she said.

Still, Greenberg pointed to growing revenue streams as good news for the company, including sports gaming “where we see the potential for further upsides should additional markets in our territory legalize mobile gaming.”

“We think legalized sports gaming…represents a continuing opportunity for us,” Greenberg added. “I think as Connecticut comes online, as New York hopefully comes online with mobile gaming opportunities, we think the category can continue to expand.”

MSG Networks has been adding programming built around the sports gaming industry, she said. Advertising from brands such as Anheuser-Busch and General Motors also is strong, she said.

Greenberg added that “the Knicks have built a roster that includes RJ Barrett,” the No. 3 pick in the 2019 NBA Draft, and “other talented players acquired through free agency."

She said that the New York Rangers made moves that were “very exciting” including their No. 1 and the No. 2 draft picks, Kaapo Kakko and Jack Hughes as well as P.K. Subban and Artemi Panarin.

“We've got some exciting things coming up on the horizon, I think,,” she said, “from the advertising front.”

The New York Islanders had a good year last year, making it into the playoffs, in a good sign for New York and Long Island sports.

The Islanders defeated the Pittsburgh Penguins in post-season play before falling to the Carolina Hurricanes.

It includes MSG Network and MSG+, which together telecast more than 450 live games, as well as other sporting events, and original programming.