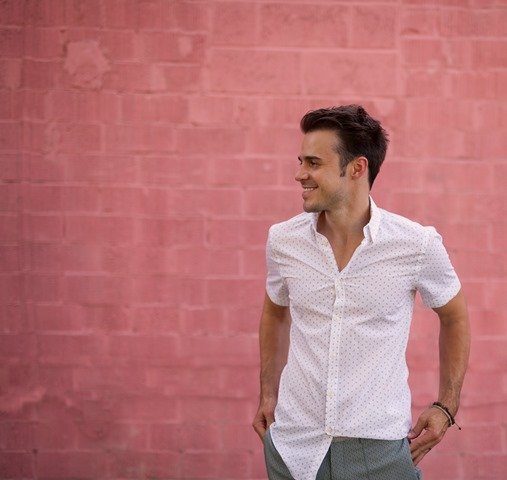 Garden City, NY - September 2, 2015 - Adelphi University’s Performing Arts Center (AUPAC) is pleased to announce that Kris Allen, winner of season eight of American Idol will kick-off the eighth season of performances at AUPAC on Friday, September 18, at 7:30 p.m. The show celebrates the release of his acclaimed and most recent full-length album Horizons, produced by Grammy-nominated Charlie Peacock. Allen will also perform previous hits like the platinum-selling “Live Like We’re Dying.”

After winning season eight of American Idol, singer/songwriter Kris Allen released his debut album which produced the hit songs “The Truth,” “Alright With Me,” and the platinum-selling single “Live Like We’re Dying.” He went on to have a total of five singles on the Billboard charts and took his “impressive talent” and “warm-hearted charm” on the road. On his third album Horizons, Allen sharpens his songcraft and brings a more boldly openhearted spirit to his soulful brand of pop-rock than ever before. According to a Chicago Tribune interview, the album was made after a tumultuous time in his life; in January 2013 he and his pregnant wife were in a serious car accident that broke his arm and left him unable to play guitar for months. He channeled the experiences to deliver this substantive and personal album.

Adelphi University Performing Arts Center (AUPAC) is one of Long Island’s premier cultural arts venues for entertainment of all kinds. Tickets are currently on sale and are priced at $45/$40, with discounts available to seniors, students and alumni. For more information about all events at AUPAC and to purchase tickets, visit here. Information is available at The Lucia and Steven N. Fischer Box Office at (516) 877-4000 or via email. Regular box office hours are Tuesday through Friday from 1-6 p.m. The box office is also open two hours before most scheduled performances.