As top mountain bike cyclists from around the around the world return again to Windham, N.Y. for the 2015 UCI Mountain Bike World Cup, young Long Island Hurricanes riders got their first taste of Elite ... 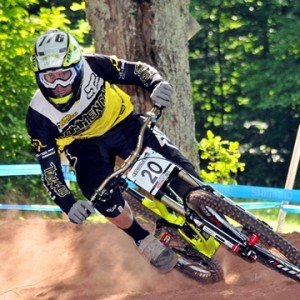 Team Director Scott Zelenetz said these boys supported each other as a team and rode so well. We are all extremely proud of their rides and the manner they represented NICA NY and the Long Island Hurricanes.Team Coach Bryan Symons observed  “While the Hurricanes is only its first year has accomplished a lot we all have had a lot of fun with it. Most importantly it has become an important part of these the boys development and maturity”.

The team is sponsored by Brands Cycles of Wantagh NY. Brands is a huge supporter of grass roots Cycling and Fitness programs on Long Island. In addition to the Hurricanes Program Brands sponsors an Elite Road team, an elite mountain bike team, a tri team and several cycling clubs on long island.

Along with putting in a great ride representing NICA NY and the Long Island Hurricanes, the boys got to experience the celebration, festivities and pageantry that of World Class Bike Racing. The Windham World Cup continues to grow. Tens of thousands of visitors including professional and amateur athletes from more than 40 countries and six continents come to watch the best cyclists in the world take on the Windham Mountain courses and to participate in the amateur races themselves.