The last day of the Electric Zoo Music Festival cancelled due to four people in intensive care and two deaths. 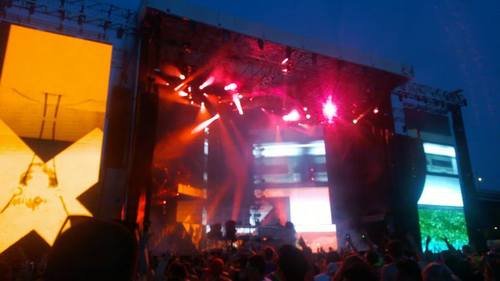 The last day, September 1st, of the Electric Zoo Music Festival was cancelled.

Electric Zoo is an annual electronic music festival held each Labor Day weekend on Randall's Island Park in New York City. With a variety of artists and DJs, fans are able to express their passion for different genres of electronic music.

The same day, a press release was published stating that Mayor Michael Bloomberg recommended that the festival be cancelled. The event promoters agreed with the Mayor and cancelled the last day of the concert.

During the first two days of the festival, four people have been hospitalized under intensive care and are in critical condition. In addition, there have been two deaths. The cause of deaths have not yet been determined. However, it appears to be due to a drug overdose specifically on MDMA also known as ecstasy or “molly.” The names of the people have not been disclosed.

One concert-goer, Taylor Friedman, 22, from Huntington, said “When you take 50,000 people and you put them all in one place something is bound to happen.”

Organizers of the event along with city officials have taken several measurements to reduce any health risks but due to these occurrences “the safest course is to cancel the remaining day of the event.”