Local Long Island resident, Matt Clark, has been named the grand-prize winner of The Weather Channel’s 2015 “It’s Amazing Out There” photo contest. 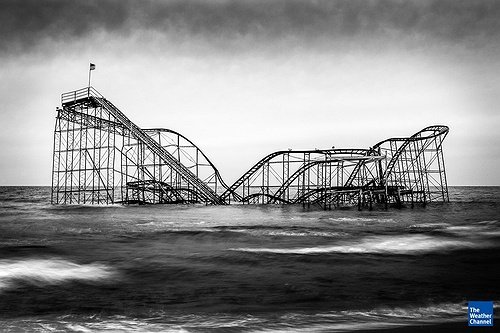 Photo by: Matt Clark, via clarkography.com

New York, NY - August 31, 2015 - Local Long Island resident, Matt Clark, has been named the grand-prize winner of The Weather Channel’s 2015 “It’s Amazing Out There” photo contest. His photo of the Jet Star roller coaster, which was taken mere months after Hurricane Sandy devastated the East Coast, has secured him the top spot with a prize of $15,000. See more of Matt's photography at clarkography.com.

In the “It’s Amazing Out There” photo contest, The Weather Channel invited weather enthusiasts to submit photos that celebrate the amazing world out there. Over 40,000 impressive images from photographers – amateurs and professionals alike – were submitted for the contest – in the categories of weather, nature, and adventure.

The other winners included:

Entries were judged via three criteria: Creativity in dealing with the subject matter, technical merit of the photo, and appropriateness to the category. Judges included:

The Weather Company: Where the World Gets its Weather
The Weather Company is the world's largest private weather enterprise. Through The Weather Channel and Weather Underground brands, The Weather Company provides millions of people every day with the world's most accurate and precise weather forecasts, content and data, connecting with them through television, online, mobile and tablet screens, as well as third-party publishing partners via API. The company has unlimited and unmatched forecast capacity, delivering 13 billion forecast requests per day on average and as many as 26 billion on severe weather days, nearly three times more than any other provider. Through WSI, the world's leading provider of weather-driven business solutions, the company delivers superior professional weather services for industries including media, aviation, insurance and energy. The Weather Company is owned by a consortium comprised of NBCUniversal and the private equity firms The Blackstone Group and Bain Capital. For more information, visit here.