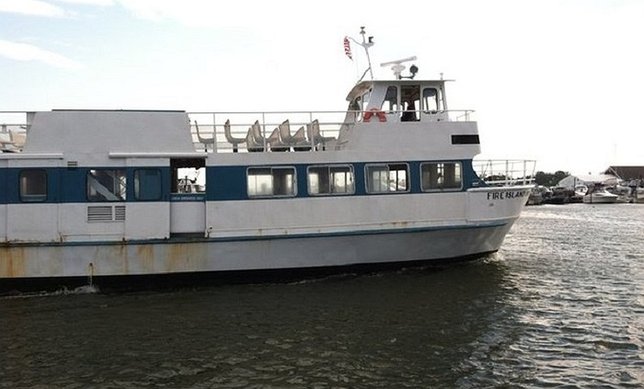 The teen, who was not injured, is scheduled to appear for arraignment at First District Court in Central Islip at a later date.

The Fire Island Belle, an 80-foot ferry boat, was approaching the Bay Shore ferry terminal at approximately 10:20 p.m. when a 17-year-old male jumped off the vessel into Penataquit Creek. After the ferry was safely docked, Captain Victor Klipp Jr. guided the teen to a ladder, assisted him aboard and detained him until police arrived.

Marine Bureau officers processed a civilian arrest of the teen for Disorderly Conduct, a violation punishable by up to 15 days in jail. Members of the United States Coast Guard Station at Fire Island also responded and initiated an investigation into a violation of 46 United States Code Section 2302, interfering with the safe operation of a vessel, punishable by a civil penalty of up to $25,000.

The teen, who was not injured, is scheduled to appear for arraignment at First District Court in Central Islip at a later date.

There were 60 passengers and three crew members on board at the time of the incident. No one was injured.