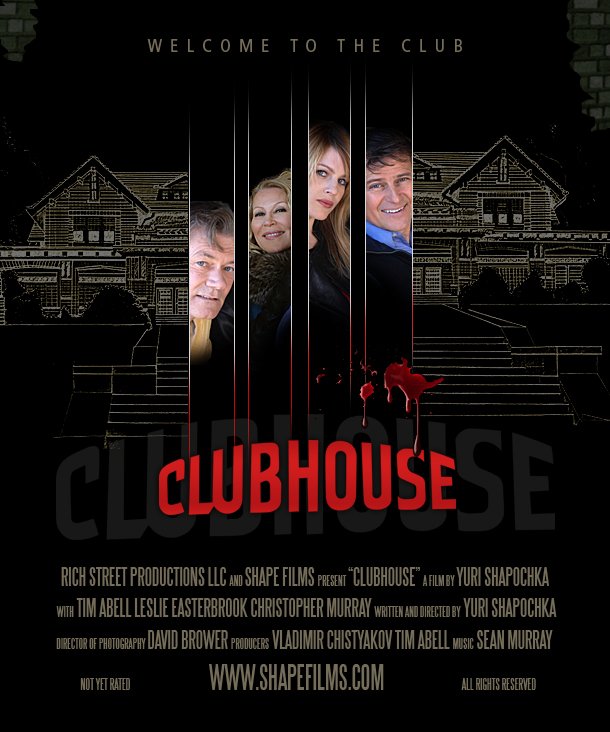 Clubhouse, a revenge play and morality tale featuring Shapochka’s characteristic black comedy, deals with nefarious plots made against the life and property of a wheelchair-bound Iraq War veteran living in his family’s magnificent old Southern home. The story intertwines friendship and betrayal in a ragged community. The film is a compelling look at honesty and corruption, love and violence.

Shapochka’s team includes cinematographer David Brower and noted actress Leslie Easterbrook, who is best known for her performance as Sergeant Callahan, the tough instructor in the Police Academy movies. Easterbrook is also known for her role as Mother Firefly in the box office hit The Devil’s Rejects.

Shape Films is a privately held company specializing in independently produced fiction films. The mission of Shape Films LLC is to produce high-quality, thought-provoking films and to create positive influences for our community, despite differences in language, skin color and religious affiliation.

The premiere will be open for media.