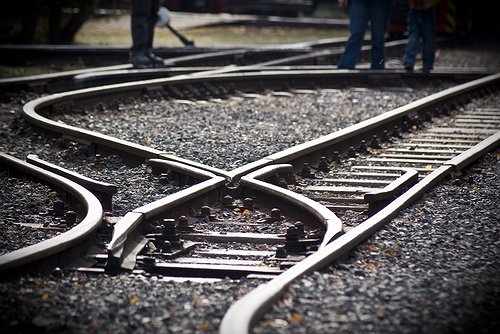 The Blue Ribbon Panel made 29 specific recommendations after more than a year of studying the MTA network, interviewing employees from front-line workers to executives, attending safety training, visiting work sites, and comparing their findings against practices at other railroad operations.

The Blue Ribbon Panel believes that safety is fundamental to a high-quality transit operation, and identified many areas where the MTA’s railroad agencies need to improve their management and operations, but the Panel also found the agencies are committed to change and are taking concrete steps to improve their operations and their safety culture,” said Mortimer L. Downey, Chair Person of the Blue Ribbon Panel, who is a former Executive Director and Chief Financial Officer of the MTA. “We hope our report provides a framework for improvement, and we expect our recommendations will lead to better and safer rail operations throughout the MTA.”

“The Panel’s work is an important step as the MTA addresses not just the particular problems we have experienced since last year, but the general safety culture as well,” said MTA Chairman and CEO Thomas F. Prendergast. “The Panel found the MTA has already taken significant steps to address these challenges, though we have a lot of work ahead of us. I am heartened that the distinguished experts on the Panel believe MTA is committed to improvement and capable of making the necessary changes. I want to thank them for the important work they have done for the MTA and its more than 6 million daily rail customers.”

The Blue Ribbon Panel was created almost a year ago after a series of safety-related incidents at all three rail agencies, in order to bring an outside perspective on operational rail issues as well as managerial and cultural factors affecting safety in railroad operations. During the course of the Panel’s work, the MTA made substantial changes to address these issues in response to the Panel’s interim findings, as well as to findings by the National Transportation Safety Board, the Federal Railroad Administration, and a Transportation Technology Center, Inc. (TTCI) review of Metro-North operations.

The Panel identified the safety culture within Metro-North as an area of particular concern, and found the railroad’s emphasis on on-time performance did not leave employees with enough time to perform necessary inspection and maintenance work on the tracks. The Panel encouraged Metro-North to automate its process for assessing track conditions and use that data to inform maintenance planning. The Panel noted Metro-North has made significant improvements in those areas by changing schedules to allow more time for track maintenance and procuring more automated track inspection equipment.

At all three agencies, the Panel noted the existence of persistent rail conditions that require sustained management attention and found a need to implement data systems which monitor all track elements through their lifecycle and integrate inspection data to provide all employees with the best possible understanding of track asset conditions. The Panel also concluded that a confidential close-call reporting system would provide Metro-North and the LIRR a better opportunity to understand safety risks before they lead to incidents. It recommended that all three agencies do more to share information and practices with each other, specifically acknowledging the robust safety culture within New York City Transit, which should be a model to Metro-North and the LIRR.

The Panel noted that the MTA has taken many steps to improve safety since it began its work. Chairman Prendergast created the position of Chief Safety Officer, ordered all operating agencies to designate a top official who is solely responsible for safety and reports directly to the agency president, and created a Safety Committee of the MTA Board.
Metro-North is also studying the findings of a series of technical reports from TTCI, which recommended changes to how the railroad inspects and maintains its tracks, as well as to how it manages all areas of track maintenance. Metro-North has either begun implementation or fully implemented many of TTCI’s recommendations as the railroad continues to improve its management of track maintenance.

Metro-North has embarked on major safety improvements over the past year, including enhancing track inspection and maintenance, beefing up the safety and training departments, expanding employee testing programs to ensure understanding of safety rules and creating a computer-based track worker safety program. Metro-North and the LIRR are pursuing a confidential close-call reporting system, are in the process of installing alerters and video cameras in engineers’ cabs, and are accelerating the installation of a Positive Train Control system, which is regarded as the best signal system available for train control.

Photo by wetape via Free Images