Joel Grassman was arrested for knocking down power lines and causing a mass outage in Nassau County. 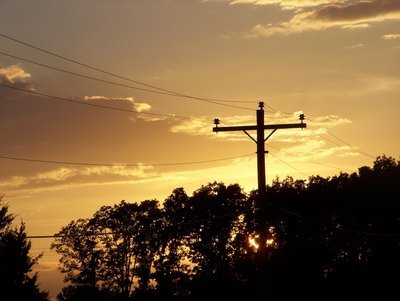 West Sayville, NY - August 25, 2013 - A man was caught breaking into cars at the Seaford Festival in West Sayville over the weekend.

Officer James O’Callaghan, who had been assigned to the festival, noticed a man attempting to break into cars parked near the street fair at approximately 4:55 PM on Sunday. He arrested 20-year-old Nicholas Montalbano of East Islip, finding him in possession of electronic devices, credit cards, marijuana, controlled substances and a switchblade.

An investigation by Fifth Squad detectives and Fifth Precinct Crime Section officers determined that the items were stolen from vehicles in Sayville as well as Bayport, Bohemia, and Montauk.

Elmont, NY - August 27, 2013- Early this morning a few thousand Nassau County residents woke up to a blackout. The incident happened around 4.a.m. in Elmont when an out-of-control crane truck knocked down trees, utility poles, and power lines. At the height of the outage, 6,000 Long Island Power Authority customers lost electricity in Elmont, Hempstead, and Franklin Square.
The driver behind the outages was apprehended by Nassau County police officers soon after he was finished. He’s been identified as Joel Grassman, 53, a New York City transit electrian. Grassman’s run lasted for more than a mile. Meacham avenue, Corona avenue, Dutch Broadway, K Street, and Exit 15 on the Southern State, have all been closed off because of the damage.
A Meacham avenue resident described the explosive sounds of Grassman's outage inducing joyride to a horror movie.
“There was a series of explosions last night like something out of a ‘Frankenstein’ movie," one resident told CBS news. "Earlier the lights were flickering on and off and just as I came outside they went off for good and I started hearing this stuff blow up. It was eerie."
Nassau County Police Inspector Kenneth Lak said Grassman’s run started in an MTA Yard in Jamaica. He stole welding equipment and when he realized it wouldn't fit in his personal vehicle, Grassman decided to take the truck too. Grassman’s morning came to an end when he pulled the crane over near Southern State Parkway and attempted to flee the scene. Police chased him on foot and that’s when he was arrested. The charges against him are currently pending.
LIPA’s spokesman Mark Gross says crews are on the scene and will restore power to all their customers today. Officials are saying it’s going to take days to fully repair all the damage.
[Source: CBS]